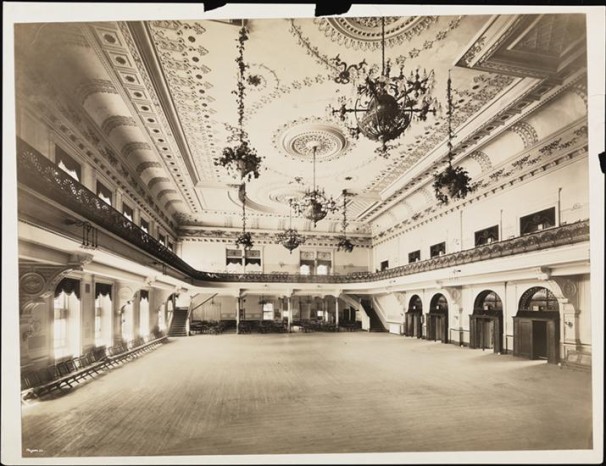 The former Central Opera House at 205 East 67th Street in New York City, pictured above. Here Jack Cole labored to create dance numbers for a notorious Broadway bomb, Bonanza Bound (1947). The turkey, however, had top talent behind it. 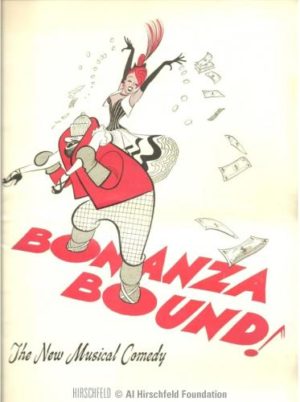 A very rare musical flop by  Comden and Green. After their astonishing rise from cabaret to their first Broadway hit with a young Leonard Bernstein, On the Town, they followed with the tuneful if not very successful Billion Dollar Baby. In December 1947, Comden and Green opened Bonanza Bound with music by Saul Chaplin, in the Shubert Theater in Philadelphia. Never heard of it? It closed one week later and the duo, decamped to Hollywood.

Betty Comden and Aldolph Green stayed in the movie colony and wrote in quick succession Good News, the film version of On the Town, Singin’ in the Rain, The Band Wagon, before returning to New York with their classic Wonderful Town and a nearly uninterrupted string of hits for the next four decades including Peter Pan, Bells Are Ringing, Do Re Mi, Applause, and The Will Rogers Follies. 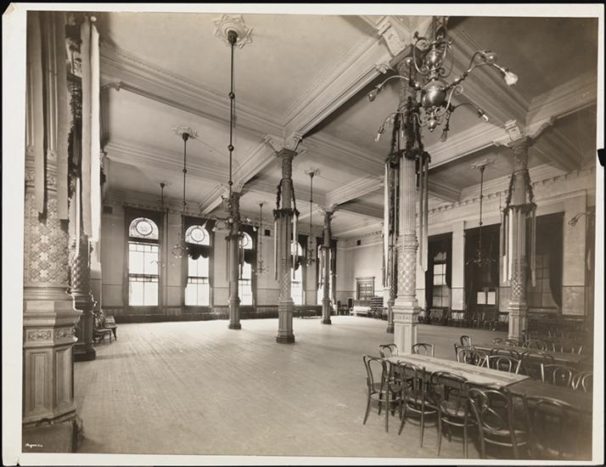 The gorgeous venue where Jack Cole conjured the show’s dance numbers has long since been demolished. Memories here.

“The top floor ballroom, dominated by a raised platform at one end, girdled by a balcony and domed with a distant ceiling of blue and gold, is the scene of the dance rehearsals. Here Jack Cole, lean, concentrated, mercurial, works out his routines.”