The sound of America, courtesy of MUSE/IQUE 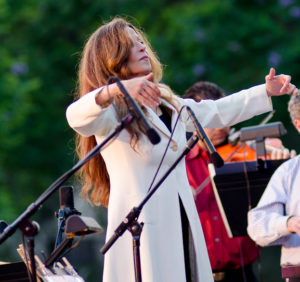 Enough of politicians yammering about being American! Let’s experience our national spirit in a much more intuitive manner, through art.

Established in 2011 by artistic director Rachael Worby (at left), the Pasadena-based MUSE/IQUE presents a three-concert summer lawn-festival across a dizzying array of genres — classical, ballet, jazz.

It all happens in a convivial place, the mall lawn at California Institute of Technology, aka Cal Tech. That’s where composers let freedom ring through the power of unfettered self-expression. Artists like Harold Arlen, Duke Ellington, Leonard Bernstein, Brian Wilson, John Williams, and Carole King.

The upcoming concert, AMERICAN/RHAPSODY, features both music and dance. Works not just by George Gershwin (that would be plenty) will be featured. Picnickers will also enjoy music that influenced Gershwin, and music Gershwin, in turn, influenced. All curated by MUSE/IQUE’s Ms. Worby, seen below with our good friend Savion Glover, a MUSE/IQUE regular. 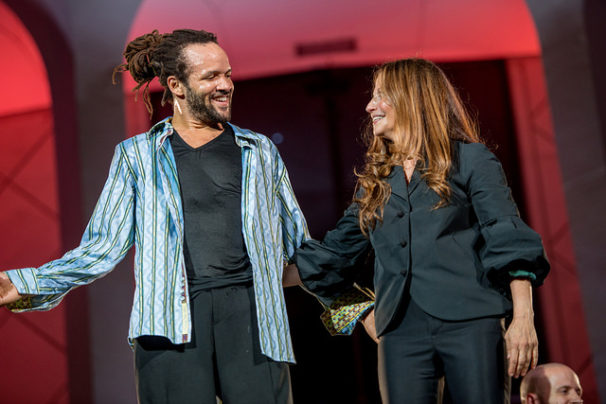 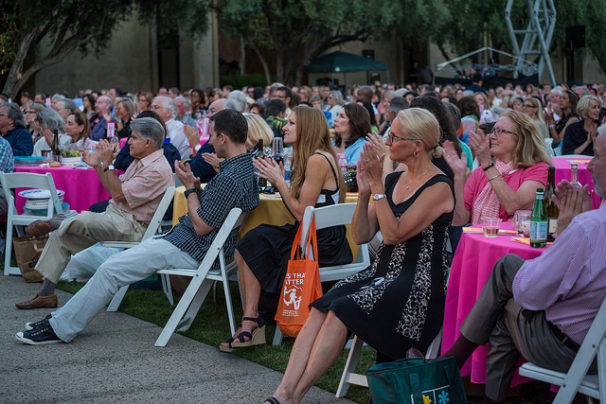