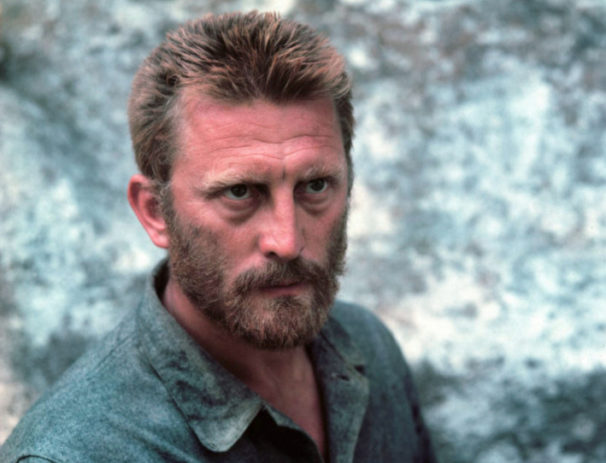 Would not dream of missing Friday’s opening night — or viewing many of the 25 film titles featured therein — of UCLA Film & Television Archive’s centenary retrospective for actor Kirk Douglas (b. 1916). In his 60-year career he appeared in 90 movies, so claims Wikipedia. The massive movie star still lives among us.

The acclaimed movie, a passion project of Minnelli’s, forged a signature role for Douglas. The actor’s unstinting portrayal of the artist-as-tortured-genius garnered a Golden Globe award as well as an Oscar nomination.