In Dallas, for SOLUNA Festival, coming apart at the seams 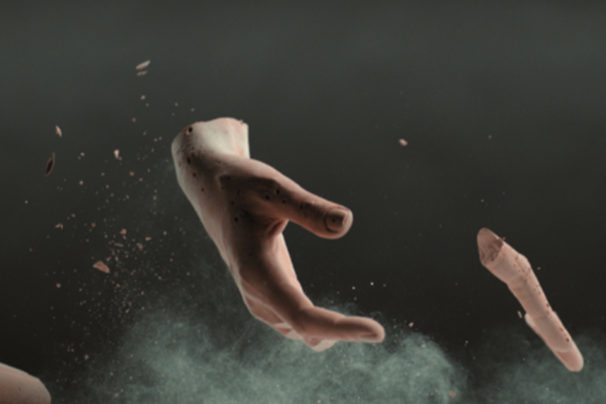 In  a world that seems to be fraying if not coming apart at the seams, the ultimate deconstruction, that of the human body — a startling central image at last night’s premiere of “Rules of the Game,” a collaboration by visual artist Daniel Arsham, choreographer Jonah Bokaer, set to an original score by Pharrell Williams. Members of the esteemed Dallas Symphony Orchestra delivered Williams’s perky 40-minute score, the pop music composer/producer’s first-ever, from the pit.

As projected as a huge backdrop onto the stage of the swellegant Winspear Opera House behind Bokaer’s tribe of eight pink-clad dancers, down, down, down crashed the body bits — heads, arms, hands, fingers, faces. Even viewed by ‘cold’ video, the sight of their violent smashing to pieces gave gruesome contrast to Bokaer’s serene and statuesque choreography and William’s percolating score.