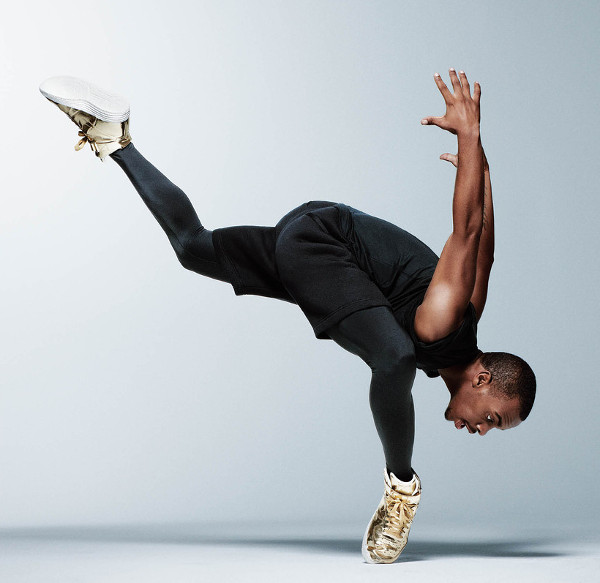 Santa Monica’s Third Street Promenade is only eight blocks from The Broad Stage, but it took Memphis jookin phenom Charles “Lil Buck” Riley thousands of miles and several years to get from one to the other.

Six years ago, he was busking for quarters on the Promenade, but when a video of him dancing to Saint-Saens’ “The Swan” went viral, he became an international star. He’s performed with New York City Ballet, with Madonna at the Super Bowl, in Cirque du Soleil’s Vegas show, and in Beijing with cellist Yo-Yo Ma, a frequent collaborator. He made his debut at The Broad over the weekend with cello prodigy Mihai Marica and surprise guest artist Ron Mayles, his cousin and co-Bessie Award winner. 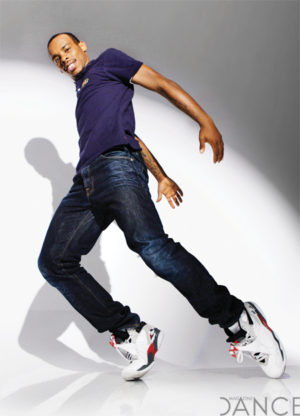 Buck performed his 60-minute show with such presence and purity of style that his hometown audience — a full house on Saturday — was ecstatic. Memphis jookin is a street dance traditionally performed to rap, but Buck has bucked the system by dancing almost exclusively to solo cello accompaniment, in this instance with Marica who bent the notes and rhythm of Bach’s knotty Fifth Suite in C Minor in marvelously gritty ways. He did similar magic with works by Benjamin Britten and some 21st century composers, sometimes even overshadowing Buck, which is tough to do.

Buck clearly connects with the rich, dark resonance of the cello and he does so with feeling. Immense feeling. He seems to inhale the music and exhale it in every breathtaking move. He glided across the stage as if on a conveyer belt, but with otherworldly grace. His arms rippled like water on the move and even his shoulders and chest appeared boneless. He articulated his wrists and fingers with a finesse and attention to detail that many ballet and modern dancers could learn from. Memphis jookin is characterized by numerous foot positions including outside ankle note, inside ankle note, outside toe note, inside toe note and so on, and it looked like Buck used all of them on Saturday. His shiny black shoes with their red soles pulled our attention to his feet time and again. He brought percussive beauty to the one piece set to recorded music, a bass-heavy score as explosive as him.  Buck is perhaps the only jooker to take ballet lessons to enhance his turns and his balance — which is phenomenal — and he uses the technique to polish his style, not confuse it. 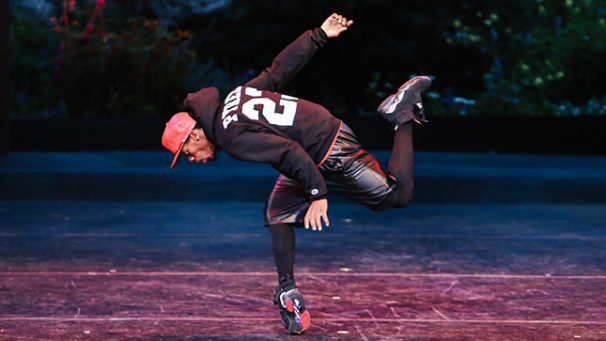 I could have done without Buck’s and Marica’s friendly chats from the stage — their playing and dancing was so much more eloquent than their words — but perhaps they needed a rest during the hour-long show. And we needed to know what pieces Marica was playing, since there was nothing listed in the printed program.

Buck promised the evening would move from darkness to light but that didn’t happen. He and Myles wore black against a black backdrop and the whole mood was somewhat dark and mournful. Jookin, at least the way it was presented Saturday, has limited vocabulary and anything longer than an hour would have been overkill. Buck ended the evening with an encore. It was the same brilliant dance that got him more than three million views on YouTube and which he probably perfected on the Third Street Promenade — “The Dying Swan” set to Saint-Saens’ achingly beautiful music. If he looked a bit tired by then, you can’t blame him. He had given us his all, and it was magnificent.