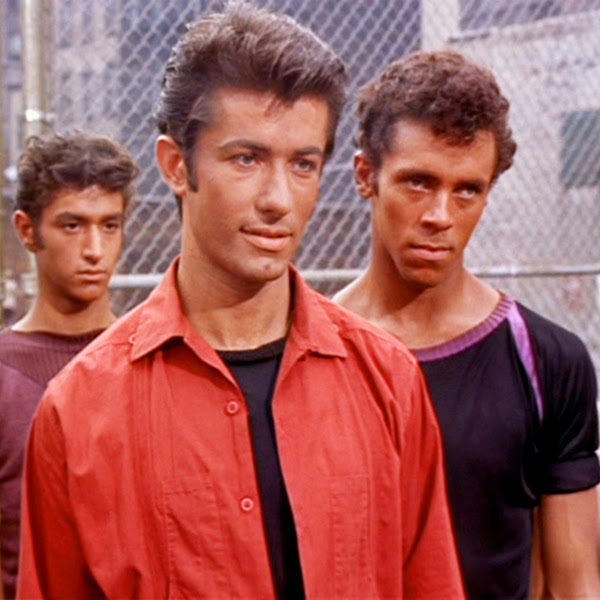 We’re fans and we’re friends. That’s why we are so pleased that Turner Classic Movies is showcasing the creative output of actor/dancer/singer George Chakiris, whose triple-threat talent and smoldering good looks were made for the movies. Though a huge teen heartthrob in the sixties, Chakiris was often cast as a dark figure, famously in WEST SIDE STORY (1961) but also as a scheming and philandering drug pusher, opposite no less than Lana Turner, in THE BIG CUBE (1967). His utter joy of dance is displayed in Jacques Demy’s candy-colored LES DEMOISELLES DE ROCHEFORT (1967), undoubtedly France’s most distinguished contribution to the movie musical genre. And to quote a TCM viewer review of TCM’s final selection:

“633 Squadron” is a fine movie but I don’t like the scary parts. I only like watching George Chakiris…”