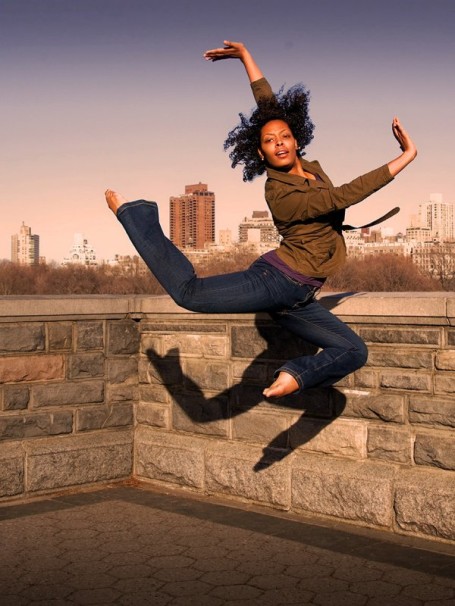 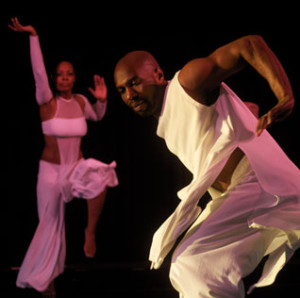 Outstanding among the strong individuals to possess the stage was the radiant and beatific Clarice Young, a longtime company member who is also Brown’s assistant. An ultra-womanly, dough-y and pliant dancer, she appears to be boneless so oozing is her dance style, erasing any evidence of transition as she moves. Young brings not only her smooth technique, but a solemn majesty to Brown’s perpetual stream of inventive locomotion.

Young reigned supreme in Brown’s signature work, Grace (1999/2004), the closing piece of the evening, reviewed in 2012 by this dance critic in the Los Angeles Times . An unabashedly spiritual work, Grace, with its promise of redemption, proved just the thing after this week’s soul-numbing revelations of ISIS destruction.

Neither did any of Young’s fascinating, talented and highly focused (Evidence is all-business) fellow dancers miss a beat in a three-part program including Come Ye (2002), a real choreographic throw-down that just got going when it suffered a purposeless interruption– images of civil rights history projected on a screen. In this case, dance spoke more powerfully than imagery. A more recent work, The Subtle One (2014) disappointed as Jason Moran’s improvisational piano score simply needs to happen live.

Nonetheless, given Brown’s silken dance vocabulary and his masterly and innate skill in moving his marvelous posse of disparate bodies around a stage, tonight was a stellar evening in Santa Monica.