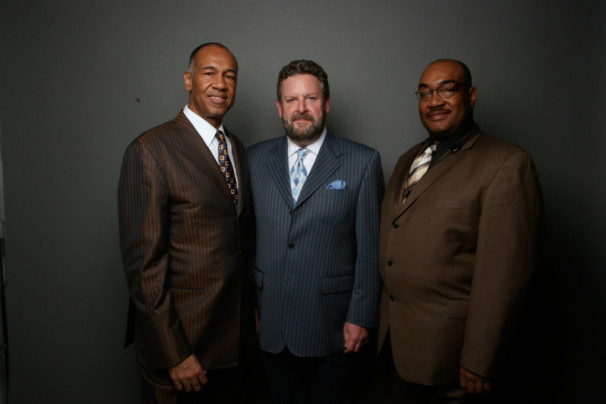 The California Jazz Foundation has been investing in the jazz community for a decade, with a generous track record of financial, counseling and material aid to 200 musicians in need. The Foundation doesn’t take its role, especially as an aid organization, lightly. “Give the Band a Hand,” an annual fundraiser to assist in that giving, is slated for Saturday, April 2 at the Los Angeles Hotel in downtown L.A.

Drummer and co-leader Jeff Hamilton first encountered Clayton at Indiana University in 1972. “John was a transfer from L.A. Valley College,” he relates. “Ray Brown sent him there to learn classical bass. When John rehearsed, people stopped what they were doing to come and listen; It became a little concert. The first time we played together it was apparent that we were on the same musical page.”

Clayton had already benefited from bassist Ray Brown’s tutelage and job referrals. “I had never played with anyone so close to Ray,” Hamilton points out. “John played these great, horn-like solos and his sound just empowered the band.”

Clayton joined the Count Basie Orchestra in the 1970s, and he began to arrange.  Studying the work of Quincy Jones, Johnny Mandel and other composers, Clayton presented his first chart at a rehearsal. After playing it down, the band was less than enthusiastic. He knew he was on-track when Basie greeted his next effort with, “Let’s play that one more once.” 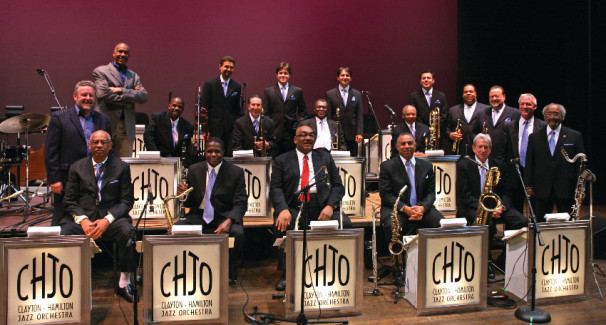 Bassist Katie Thiroux met Clayton at the Vail workshop in 2005 when she was still a Chatsworth high school student. “I learned so much from him,” she maintains, “just by the way he interacted with people through music. I hadn’t met anybody like that.”

“John takes extra time with the best students,” Hamilton reveals. “Just as Ray Brown passed on the important information that he gleaned from a lifetime in jazz to someone who was going to take that into the next era, John gives what he knows to the ones who get it.”

Give the Band a Hand | California Jazz Foundation | April 2