In honor of the film’s anniversary, Laemmle Theatres and Reel Talk with Stephen Farber are pleased to present SPARTACUS (1960) in a screening Friday, November 6 at the Royal Theater in West Los Angeles. 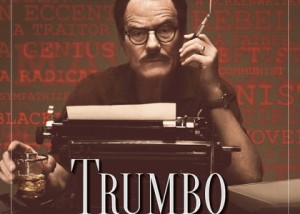 On the same day that Trumbo opens in theaters, depicting the life of blacklisted screenwriter Dalton Trumbo, enjoy a tribute of his work in the 55th anniversary screening of his Oscar-winning film, Spartacus.

The picture, adapted from Howard Fast’s novel about a slave revolt in ancient Rome, is generally regarded as “the best-paced and most slyly entertaining of all the decadent-ancient-Rome spectacular films,” so wrote critic Pauline Kael. Kirk Douglas, the film’s producer as well as its star, decided to break the blacklist by allowing Trumbo to use his own name on the screenplay for the first time in more than a decade.