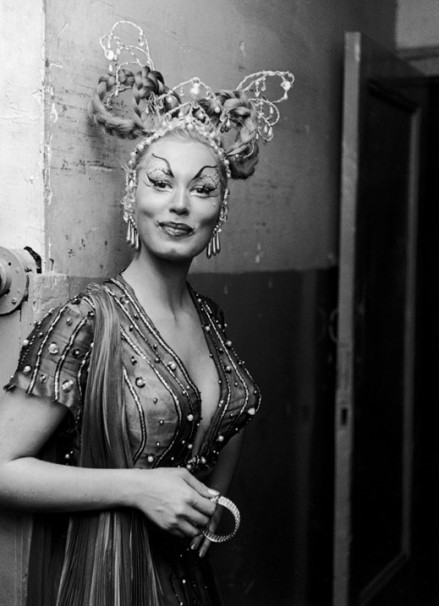 Actress Joan Diener, featured on Broadway in Kismet (1953 – 1955) shares a crazy-hair & headress look with Betty Grable, pictured below in “Down Boy” from Three for the Show (1955, Columbia Pictures).

Jack Cole, who choreographed (first) Kismet then Three for the Show, took great care with the appearance of the women with whom he worked. He also sought every opportunity to go ‘harem-scarem’ in his dance numbers. He loved the look. 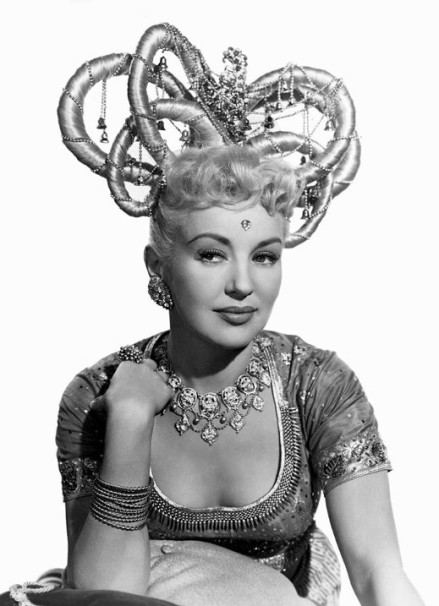 “Down Boy” was a song written for Marilyn Monroe for Gentlemen Prefer Blondes. Marilyn recorded the song, and it’s unclear whether Cole developed a number, which was slated to be between Lorelei Lee (Monroe) and the besotted diamond magnate, Sir Francis ‘Piggy’ Beekman (Charles Coburn). What is certain is that it is not in the film. Grable got the song as a Monroe hand-me-down. That’s interesting because GPB was made at Fox and Three for the Show at Columbia. Connecting the two divas was their choreographer Jack Cole.