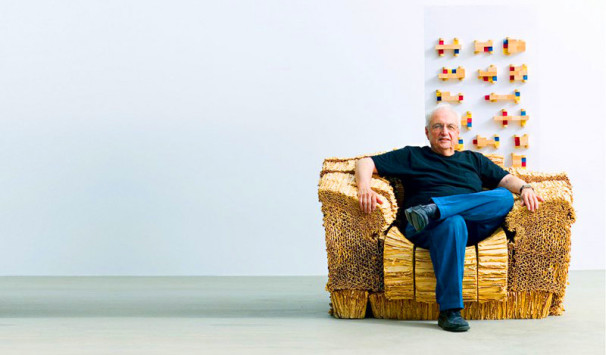 A great party approaches at the end of October: Bill Stern’s annual fundraiser to support the virtual Museum of California Design. This year ‘s great ‘get,’ the honoring of the sage and visionary architect and designer Frank Gehry, who will be granted the Museum’s 2015 Henry Award for Outstanding Contributions to American Design by a Californian. 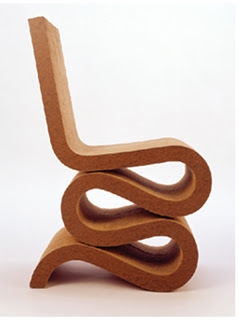 Gehry has received little attention, however, for the same daring imagination that informs his product designs, from his corrugated paper Easy Edges furniture of 1972, at right, to a transgressive sterling silver and cement Tiffany & Co. ring.