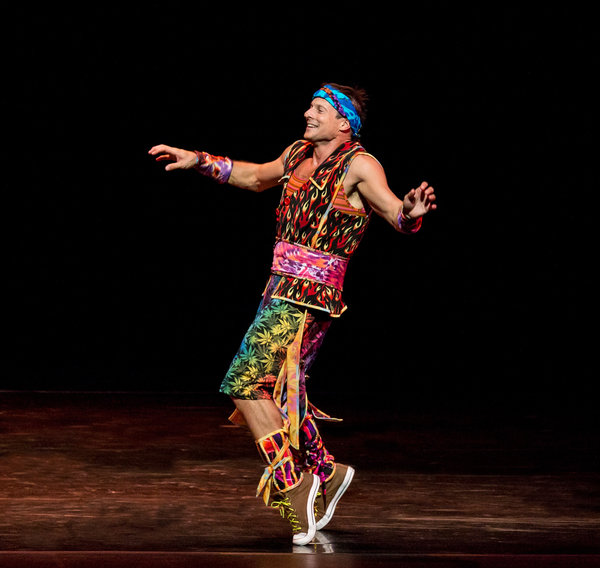 Watching Twyla Tharp’s 50th Anniversary Tour performance at The Wallis in Beverly Hills was like taking a trip down memory lane with an old friend. (The Wallis co-commissioned the tour with four other presenters including The Joyce Theater in New York.)

The old magic was there in Tharp’s juxtaposition of classical ballet with her trademark shimmies and slouches; the idiosyncratic lifts; the sudden, zany shifts in direction; the elegant and the ridiculous squished masterfully together in a single phrase; the musical reverence and physical irreverence, side by side.

But it was disappointing that what was billed as a celebration of Tharp’s genius didn’t include a revival of any of her greatest works.  “Baker’s Dozen” anyone?  Maybe “Deuce Coupe?” Neither did the lineup include any of America’s most glorious dancers. Remember how she transformed Mikhail Baryshnikov from an Albrecht to an Everyman in “Push Comes to Shove”? This is a choreographer whose eye for casting shaped and reshaped careers. 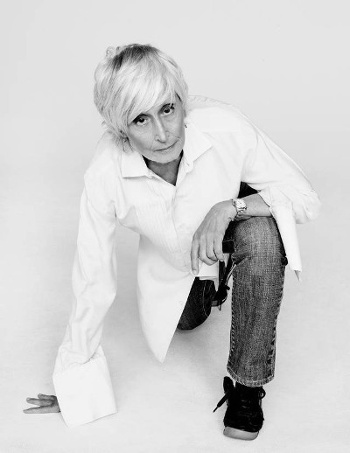 The fiftieth celebration consisted of two new works, not historic reconstructions. Although unmistakably Tharp, they didn’t do justice to the revolution she created early in her career by pairing ballet with the Beach Boys and bowler hats with Haydn.

The evening opened with a brief company dash through “First Fanfare,” which introduced the 12 dancers, followed by “Preludes and Fugues,” set to selections from Book 1 and 2 of Bach’s Well-Tempered Clavier, a “Second Fanfare” and “Yowzie,” set to early jazz.

“Preludes” opened with the beautiful and familiar arpeggios of the Prelude No. 1 in C Major; John Seyla and Savannah Lowery began to dance together in a ballroom embrace. The work has echoes of early masterpieces such as “Nine Sinatra Songs” (1982). No surprise. In recent posts for The New York Times, Tharp wrote that she has a “sperm bank” — a repository of “good material stockpiled but never used” that she dug into for “Preludes.”

She included subtle nods to dance greats who have inspired her: Martha Graham, Merce Cunningham, Jerome Robbins and George Balanchine. There was a brief but unmistakable Graham contraction up from the floor; spaciousness and stillness to honor Cunningham; three men in playful Robbins style set to ”Fugue in D Major;” and complex groupings and counterpoint to honor Mr. B.

The work ended with the same Bach prelude with which it began, but now all 12 dancers were in a circle before pairing off into a reprise of the opening ballroomy dance — a tender, wistful close. 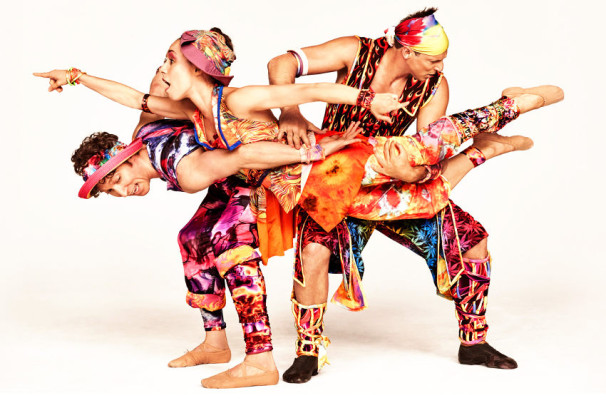 “Yowzie” was a drunken caper, with the rather too deadpan Rika Okamoto as the drunkest of all. In zany patterned costumes by Santo Loquasto that featured skirts over pants and brighter-than-bright colors, the company tripped, fell, staggered and swooped, egging each other on to ever more fanciful slapstick. Ron Todorowski was terrific in a campy romp for three guys and a girl.

In both works, I found myself flagging half way through, hoping for a new Tharpian surprise that never came. She has admitted to hewing to the old. When she’s tried something new, as in “The Princess and the Goblin,” which I saw performed by Atlanta Ballet in 2012, she’s created works we’d rather forget.

You can tell that this touring company is a pick-up ensemble and not a group that’s bonded as Tharp’s own company did in the 1970s. Nonetheless there was fine dancing from Amy Ruggiero (all compact technique and spitfire personality) and the tall, mop haired Todorowski, who pairs a shruggy, Tharpian upper body with long legs, solid technique and a sense of humor. The rather opaque Nicholas Coppula had flashes of elegant classical form, and Tharp’s “tall girls,” Kaitlyn Gilliland and Lowery, oozed leggy seduction in “Yowzie.”

We could have wished for more, much more, from Tharp, but if this is what she has to give at this point, let it serve as a reminder of the great times. Her genius and legacy in American dance are undeniable. On Sunday, sadly, we saw only a shadow of it.