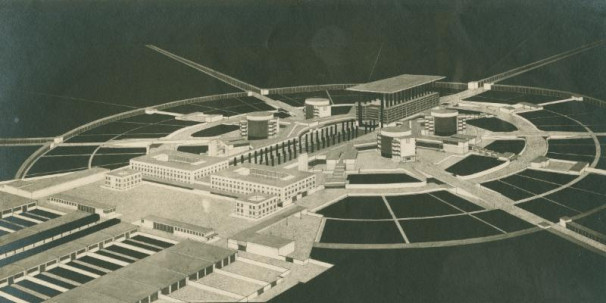 PausePlayPlayPrev|Next
The Prequel , an art & architecture exhibit soon to open at Schindler House, teases out the landmark 1922 Kings Road House’s architectural influences by illuminating the debates playing out in Vienna Modernist circles when architect Rudolf Schindler was a student and young practitioner. Through photographs, drawings, and furniture designs, the exhibition reviews foundations laid by Otto Wagner, as well as the next generation responses to his work by Adolf Loos and Josef Hoffmann.

Here’s the cast of characters:

Nothing is quite so emblemmatic of the European-exile story in Los Angeles than Schindler House… how fascinating to learn of its architectural origins.