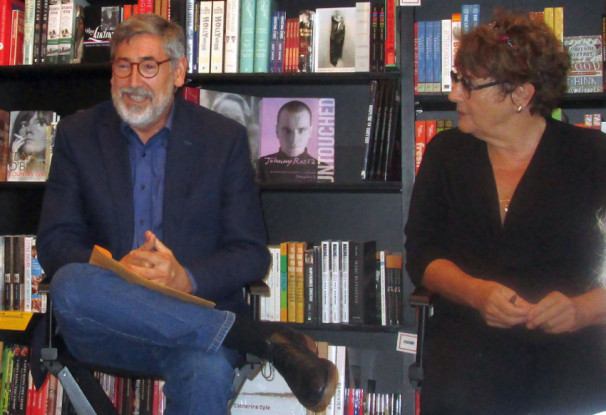 Pioneers, dreamers and misfits: this perspicacious trio of descriptors Hollywood historian Cari Beauchamp has selected to characterize the actors, artists, directors, and assorted fruits and nuts who arrived in early Los Angeles to populate the burgeoning film industry. 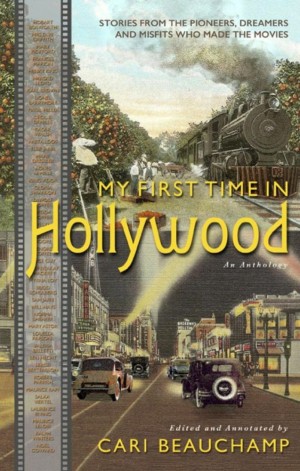 Burgeoning may be an overstatement. This was a place where the welcome mat sometimes read, “No actors, no Jews, no dogs,” the dismally widespread placard with which L.A. landlords advertised their rental properties.

Tucked into the cozy author’s nook at book vendor, Book Soup, Beauchamp, the author of “Without Lying Down” and “Joseph P. Kennedy Presents” shared niblets and anecdotes from My First Time in Hollywood, her just-published memoir-compendium of tall-tales told by 42 disparate newcomers upon arrival to our fair city from 1909 to 1929.

Any neophyte cineaste recognizes in the closing date not the onset of the Depression, but rather, L.A.’s much more high-impact event: the coming of sound to motion pictures. 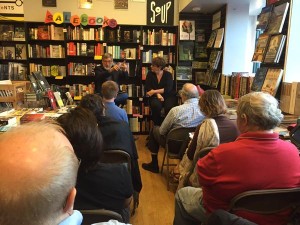 Sharing one precious memoir, that of editor/director Robert Parrish, was John Landis, respected movie director and Hollywood history buff. Landis read with zeal Parrish’s distinct memories of working, at the tender age of 10, with Charles Chaplin in “City Lights.”

In genial conversation that followed the reading, Landis shared his theory that the high quality of Hollywood output during the early film-factory era could be linked, in great part, to vaudeville and theater. “Look at “The Wizard of Oz” (1939),” he noted. “Every member of that cast had years in vaudeville.”

“In those days, there was a huge, deep pool of [experienced entertainment] talent. That doesn’t exist, today, in the movies.” Today’s corollary, said Landis, is, “you look for someone who has been on a television show.”

Beauchamp, who brings a very dry wit to her deep well of Hollywood knowledge, quipped that during a certain period of time, “every single script was written for  Cary Grant.” She also pointed out the significant shift of the film business from Europe to the United  States during World War I. When the dust settled from the war to end all wars, California had taken the lead in global film production. By the time of the next world war, for a different set of reasons, said Landis, “All the great Hollywood directors were European. It’s always been an international business.”

Come on! said Landis, “All Quiet on the Western Front” was shot in Studio City!”