Memetics is a theory of mental content based on an analogy with Darwinian evolution, originating from the popularization of Richard Dawkins’ 1976 book The Selfish Gene. Proponents describe memetics as an approach to evolutionary models of cultural information transfer.

The choreographer Jack Cole, a creative genius, had the ability to perpetuate the meme of a powerful woman, through his use of dance.

This he achieved with his unique vision for actress Marilyn Monroe, who danced under Cole’s 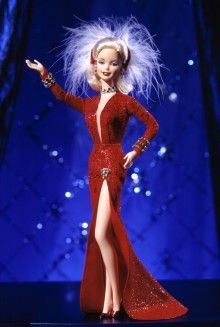 direction in several numbers, each a masterpiece of originality, in the classic comedy film, Gentlemen Prefer Blondes.

This was not lost on Mattel Corporation, manufacturing a Marilyn-Barbie in the late 1990s.