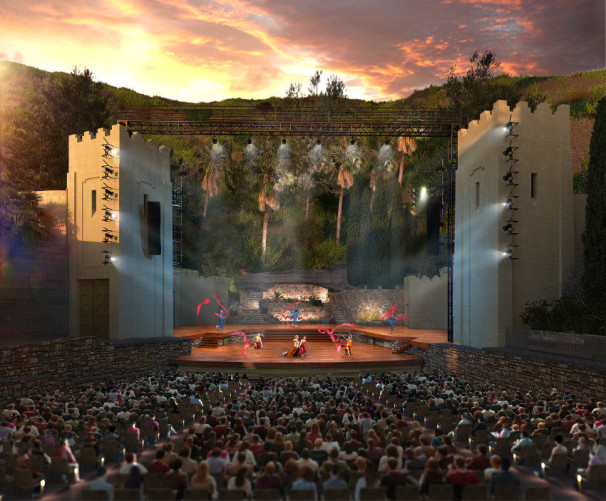 We recently spoke to our friend Kim Glann, Productions Marketing Manager at the beloved John Anson Ford Theatres, managed by the Los Angeles County Arts Commission. We learned that the landmark amphitheatre is closed, closed, closed for renovations this summer.

Warning: if you go there by mistake, you’ll have to carry your picnic basket across the street (um, that would be the Hollywood Freeway) to attend the Hollywood Bowl instead. But that is just for one summer, 2015!

The renovation program, slated for completion by summer 2016, is extreme. It includes the following improvements: 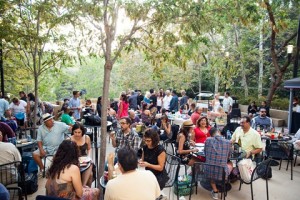 We admit it ~ we’re most excited about the new picnic terrace!

Kim clues us in that architect Brenda Levin, of Levin & Associates Architects, the restoration-specialists who did such a great job on the refurbishing and expansion of the Griffith Observatory, is hard at work at transforming the mighty hillside Ford to be even more resilient and enduring.

Reports Kim: “The stage will be leveled. Currently it is raked to allow water to roll down – but then the water floods into the building. A lot of the work is being done to level that stage! Also the back wall area, with the aid of added planting, will help channel the water around the facility — rather than underneath, and into the dressing rooms.” 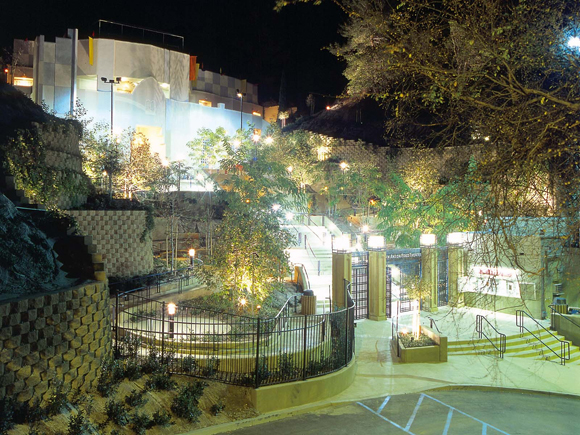 For the myriad Los Angeles artists who have put their creative toe on the Ford stage, there are continuities, according to Kim: “The stage is still split into two levels as before.” But vast improvements, especially for the dance crowd, are on the docket. “The upper level used to be concrete over steel deck, and now both levels will be wood. So it will be much more friendly for dance.”

The type of wood they’re choosing weathers very well — it’s an outdoor theater! “There will be a maintenance plan,” notes Kim, who then admits, “Okay. It will be very tough wood.”

That should prove a very good match for the adventurous and avid audience of picnickers and wine quaffers who love seeing shows at the Ford.