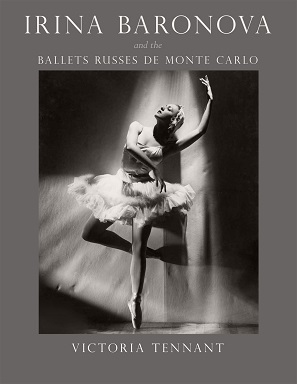 Not sure how others are coping, or not, with the lack of meditative time to peruse books — it’s pretty obvious that staring at an electronic screen (thank you for reading arts·meme!) is not remotely the equivalent. One place I read is on an airplane. Thus it was my pleasure to board United Airlines last week toting a coffeetable book for uninterrupted page-turning both east-bound and while throttling back to California.

Irina Baronova and the Ballets Russes de Monte Carlo has as its author Victoria Tennant, who packaged and wrote this wonderful photo-and-info-laden tome as an homage to her mother, the versatile and enduring prima ballerina, Irina Baronova (1919-2008).

A very joyous ‘comb-through’ indeed, as the book rests on a trove of exceptional photography left by the ballerina to Tennant, who is a stage and screen actress. Striking, previously unseen images– backstage snapshots, portraits by the great theatrical lensman Maurice Seymour, distilled moments from road tours: trains, buses, cars (in choreographer Leonide Massine’s case, a swellegant Rolls Royce convertible roadster behind which he pulled his own live-in trailer). Then, the destinations: the theaters, both funky and grand, dressing rooms, hotels, parties, restaurants, receptions — all tracking the saga of a truly important dancer, one of a cluster of strong women (her stalwart cohorts also featured in the book, Tania Riabouchinska, Tamara Toumonova, Alexandra Danilova, Alicia Markova, Mia Slavenska). These amazing women — the women were unquestionably the lead attraction — pioneered classical ballet in cities, large and small, across our nation.

The book parries, in a very easy-going manner, between Baronova’s personal and professional lives, opening with the dramatic myth of her childhood: her small family of non-proletarian origin flees revolutionary St. Petersburg on foot. Next stop, Bucharest, the capital city of the family’s adopted home of Romania, where the slender, probably underfed, Irina has first exposure to ballet; then, cut to a mother and father’s sacrifice in again pulling up stakes and clamoring to Paris so that Baronova can receive proper classical training. Her loving instructor, Russian ballet-mistress-in-exile, Olga Preobrajenska. 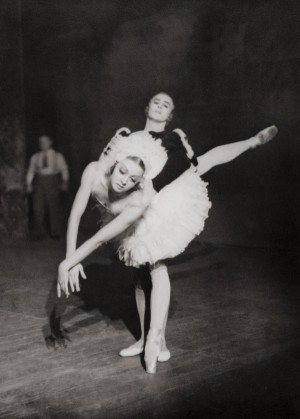 The book’s main body covers in fun detail (it smartly includes lists) the multiple criss-crossing U.S. tours Baronova underwent as a prima ballerina with Col.. Vassily de Basil’s Ballet Russe de Monte Carlo. (I take exception to the use of the plural form of this company’s name in the book’s title and text.) The company was also the toast of London.

The narrative is delivered, alternately, in Tennant’s voice and that of Baronova, who at death left an unpublished autobiography manuscript. This (literal) mother lode, this wealth of stuff, fascinating as it is, could be a daughter’s burden, a chore; yet Tennant calls its publishing a labor of love. Of the book’s many fun anecdotes one memoir particularly impressed; it was Baronova’s touching praise of a favorite amongst her many male partners, Sir Anton Dolin (1904 – 1983). 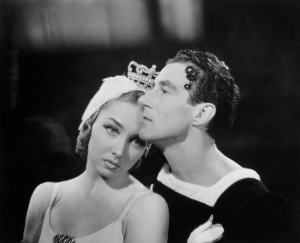 He then co-directed a London-based troupe with Dame Alicia Markova; his career capper was as ‘charter’ i.e., founding member of American Ballet Theater.

Baronova describes Dolin’s excellence as a partner as follows:

When Dolin brought you on the stage, no matter how you felt, you might be sick, maybe you had a fever and felt ghastly, maybe you had a fight with your husband or lover and were in tears, he brought you on and he made you feel like you the most beautiful woman on earth. You were the queen. He was a gentleman and a completely unselfish partner… Dolin, with one little tap of his finger, would put you right. Never let you fall, never let the audience see that something’s gone wrong .He was with you, helping you, for you…