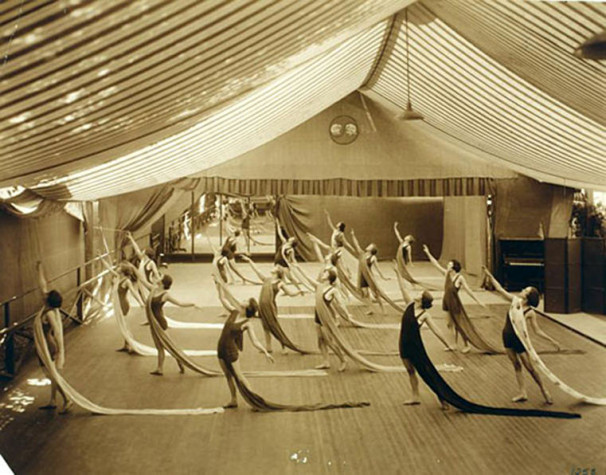 We’re looking forward to spending an evening  — picnic and free music concert — at outdoor-amphitheater Levitt Pavilion Los Angeles in MacArthur Park on June 12. Does everyone know the rich dance history of that neighborhood, whose prior name “Westlake” derived from the beautiful urban lake that the park surrounds?

Read this, first, from the history of the Harvard-Westlake School, now located in Holmby Hills and Studio City:

In 1904, Jessica Smith Vance and Frederica de Laguna opened the doors of Westlake School for Girls on Sixth Street and Alvarado Street, named for its location near Westlake Park in Los Angeles, now known as MacArthur Park.

Westlake moved to a larger site on Westmoreland Avenue in 1917. 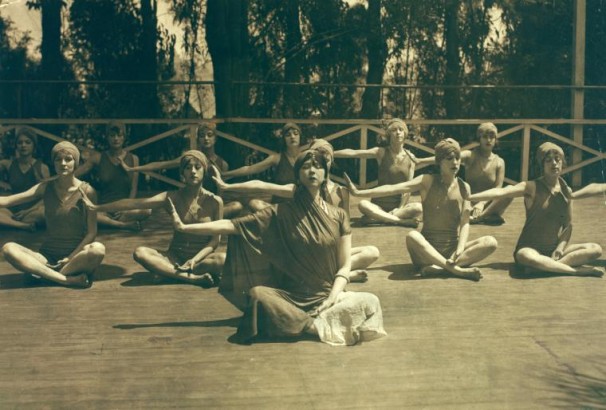 Into the breach came the bohemians! Where nice girls had studied their Latin, adventurous ones copied swami Ruth St. Denis’s exotic ‘cobra’ exercises. This story from the Los Angeles Times, “New Home for Dancing School,” dates from April 27, 1917:

Denishawn gets lease at Westlake Park

Having outgrown its original quarters at Sixth and St. Paul streets, Denishawn, the school of dancing founded and maintained by Ruth St. Denis and Ted Shawn, will next month occupy the group of three buildings on Alvarado street fronting Westlake Park, now about to be vacated by the Westlake School for Girls. …

Denishawn was established about two years ago, and has steadily grown. The new location will provide three times the floor area and twice the open-air space of the present quarters, and will remain the home of Denishawn until a projected permanent school is erected in the suburbs. … Necessary alterations of the Alvarado Street building and grounds include the construction of an outdoor dancing floor and open-air stage.