Delon and Gabin crime story a highlight of COLCOA Classics 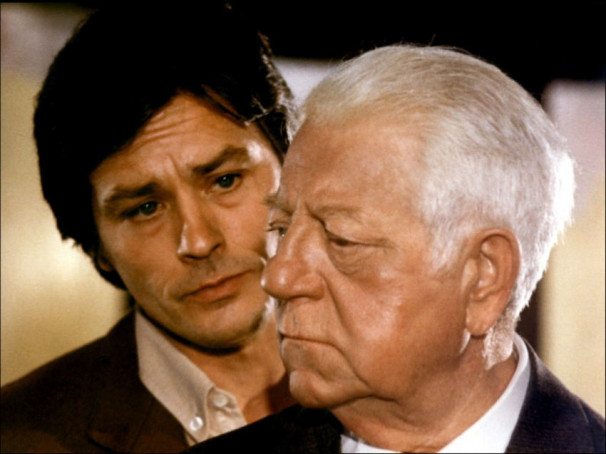 Brenda Blethyn’s performance as a devoted parole officer was the best thing about Two Men in Town, but it wasn’t enough to bring the drama fully to life. An adaptation of a 1973 French film that transplanted the action from Montpellier to the U.S.-Mexican border, the recent release also starred Forest Whitaker and Harvey Keitel. It was steeped in heavy-handed fatalism and self-conscious mythologizing about the American West and the possibility of second chances. 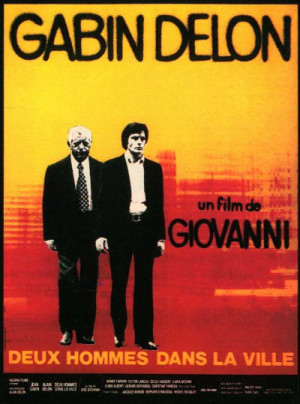 As much as it didn’t work, its premise made me curious about the original, which paired no less than Alain Delon and Jean Gabin. Netflix couldn’t help on that front, but the just-wrapped COLCOA festival in Los Angeles offered something better: a chance to see the 2014 restoration of the feature on the big screen.

The film was written and directed by José Giovanni, pseudonym of Joseph Damiani, whose life story offers its own extreme drama: Before becoming a prolific writer and filmmaker, he served time for his active collaboration with the occupying Nazis.

In stark contrast to the heightened atmosphere of the New Mexico-set remake, Deux hommes dans la ville takes a lean, straightforward approach. Delon, who also produced, brings his signature combo of self-contained volatility and searing beauty to the role of Strabliggi, an ex-con who’s determined to go straight. The great Gabin, in one of his last performances, is the world-weary social worker Cazeneuve, who takes Strabliggi’s release and rehabilitation to heart in what may be his final act of faith.

As in many a crime story, the protagonist faces major obstacles on his trajectory of hard work and clean living; “just when I thought I was out, they pull me back in.” In Strabliggi’s case, the pressure comes from both sides of the law: his former partners in crime (among them a young Gérard Depardieu) and, worse, a pathologically vindictive cop who sees him as dangerous and irredeemable.

What’s most surprising about Two Men — until you learn of the director’s eleven-plus years in prison — is that the movie is, above all, a cool and measured look at the criminal justice system, from its parole procedures to the institution of capital punishment. Prefiguring Krzysztof Kieslowski’s 1988 A Short Film About Killing, Giovanni’s movie places the procedure of state-sanctioned execution in a cold light, unembellished by histrionics or allegory — and all the more powerful for it.