Cyd Charisse at the ballet barre, in full flush of Technicolor 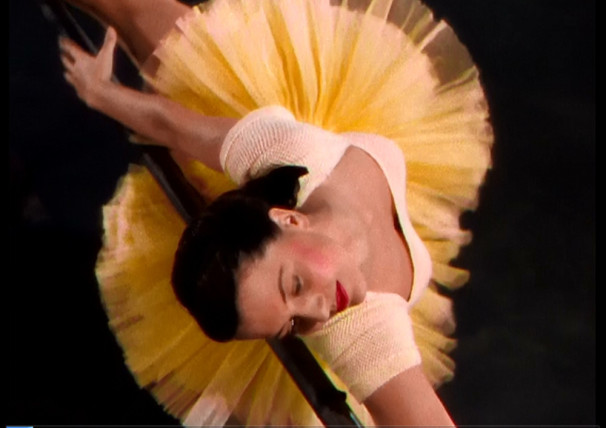 PausePlayPlayPrev|Next
In opening moments of director Henry Koster’s The Unfinished Dance (1947), the audience gets the distinct pleasure of peering in as ballerina Mlle Bouchet (Cyd Charisse) does her daily warm-up.

The movie’s look, especially in its dance sequences choreographed by David Lichine, is a marvelous by-product of Technicolor filming. The Corporation is celebrating the centenary of its film technology this year, with special events at Dance Camera West in Los Angeles, Berlin Film Festival, TCM Fest, Austrian Film Museum in Vienna, and in June and July of this year “Glorious Technicolor” curated by Josh Siegel at the Museum of Modern Art in New York. George Eastman House in Rochester, New York, created this wonderful mini-doc explaining the 3-Strip Technicolor used in capturing The Unfinished Dance: