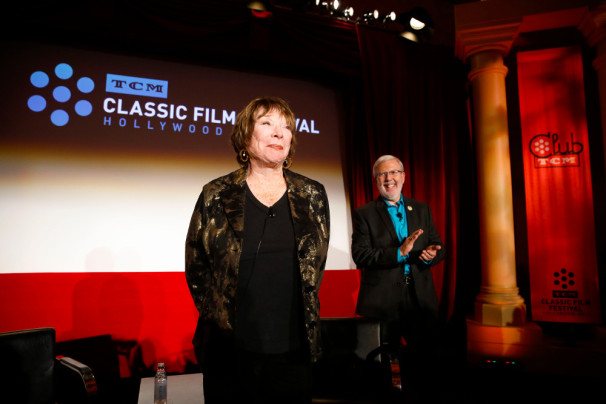 Shirley MacLaine
made a few appearances at this year’s TCM Classic Film Festival, and she enthralled audiences with her candor. She revealed that when she first received the script for the Oscar-winning film, The Apartment, it was only 29 pages long. Director Billy Wilder and his longtime writing partner, I.A.L. Diamond, continued writing as filming progressed, and although Wilder was pretty precise about wanting his words to be delivered as written, he was not against suggestions from his actors. At one point MacLaine confided in him about a failed love affair, and she reflected, “Why do people have to fall in love with people?” Wilder immediately added that line to the script and called for a reshoot. 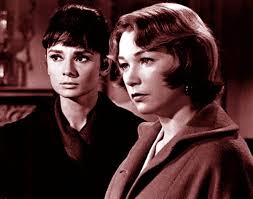 Wilder was known for his precise direction, but William Wyler, who directed MacLaine and Audrey Hepburn in The Children’s Hour, was less articulate. In one of the climactic scenes of the film, after a child’s lie about a lesbian love affair has closed their school and destroyed the lives of the two protagonists, a scene called for MacLaine to race up the stairs of the school. She kept doing it over and over again—more than 25 times—until Wyler was satisfied. When the actress asked the director what she had done wrong on the earlier takes, Wyler said, “I want you to look tired.” “Why didn’t you say that?” MacLaine exclaimed.  “I’m an actress!” 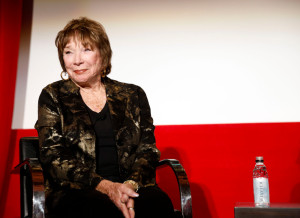 She noted that Wyler felt slightly uncomfortable with the subject matter of the film, even though he was very committed to making it. He had filmed an earlier version of Lillian Hellman’s play in the 1930s under the title These Three, but in that case, he had to change the lesbian affair to a heterosexual triangle. “He felt he had not respected Lillian Hellman,” MacLaine reported, and he wanted to do it right. In 1961 the industry’s censorship Code was finally revised to allow discreet depiction of homosexuality, and The Children’s Hour was one of the first movies to take advantage of the new freedom. “But Wyler was a bit trepidatious,” MacLaine revealed. “We shot some scenes of my brushing Audrey’s hair and ironing her clothes, but Willy cut those out. I think there should have been more of the two women loving each other.”

The movie has been criticized for its ending, in which MacLaine’s character hangs herself when forced to confront her own sexual identity. But the audience at TCM responded to the power of the lead performances and may have felt relieved that changing times have made that suicidal outcome far less likely today.

Whatever the failings of the film, MacLaine enjoyed the chance to play a highly dramatic role, and she and Hepburn got along well. Miriam Hopkins, who had played one of the leads in These Three, was cast as MacLaine’s aunt in The Children’s Hour, which provided continuity between the two films. “Wyler had had an affair with Miriam Hopkins back in the 30s,” MacLaine said with a laugh, “and they were flirting with each other throughout the shooting of our movie.” Despite his demands, MacLaine agreed that the director worked well with women and elicited strong performances from many top actresses, including Hopkins, Bette Davis, and Barbra Streisand in Funny Girl. “I think it’s because he challenged women,” MacLaine observed. 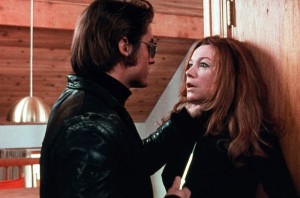 MacLaine took pleasure in reminiscing about her other films, though she noted philosophically that any actor misses a few juicy opportunities. “Bill Blatty wrote The Exorcist for me,” MacLaine reported. (He had been the writer on one of her films from the 60s, John Goldfarb, Please Come Home.) “But I was working for Sir Lew Grade at the time, and he turned down the project.” A few years later it was resurrected with William Friedkin directing and Ellen Burstyn playing the role once offered to Shirley. To compensate, she made her own horror film about supernatural possession, The Possession of Joel Delaney, which has a minor cult following but obviously didn’t come close to matching the success of The Exorcist. And so it goes for virtually every Hollywood star.