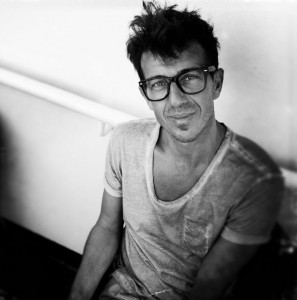 We’ve not yet experienced the ballets of Andonis Foniadakis, born in Crete and dance-educated in Athens. But on an upcoming April weekend we’ll get a very good opportunity.

Two recent works by Foniadakis will be delivered by world-class dance companies, each performing at Los Angeles’s distinctively beautiful new theaters from April 16 – 18, 2015.

The first comes when Les Ballets Jazz de Montréal appears at the Wallis Annenberg Center for the Performing Arts for three performances. Les Ballets will feature Foniadakis’s “Kosmos” created in 2014, along with “Zero in On” (2010) by Cayetano Soto  and “Rouge” (2014) by Rodrigo Pederneiras.

A taste of “Kosmos” here — we’re seeing some Hofesh influence, if not in the movement vocabulary then in the drumming score. Do you?

A sprawl northward to the Valley Performing Arts Center on Saturday April 18 has the Martha Graham Dance Company, nearly ninety years young, performing Foniadakis’s “Echo.” The work was created in 2014 in recognition of the modern-dance matriarch’s profound choreographies based on Greek mythology.

The Graham company program also includes “Appalachian Spring,” “Lamentation Variations,” and “Errand into the Maze,” the latter based on the myth of Theseus and the Minotaur.

A pre-performance talk about Martha Graham’s early formation in Los Angeles and a conversation with Graham Company artistic director Janet Eilber, will be delivered at 6:45 pm in the Courtyard theater by arts•meme‘s Debra Levine.