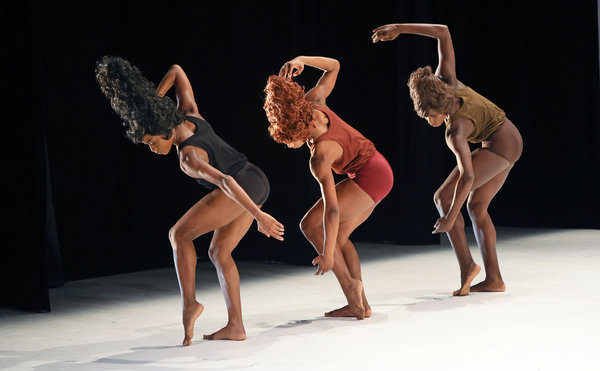 Both “The Watershed” and “When the Wolves Came in,” the paired set of dance programs by Kyle Abraham/Abraham.In.Motion presented at Royce Hall by the Center for the Art of Performance at UCLA, drew inspiration from serious political and social issues — racial injustice and resulting liberation struggles in the Civil Rights movement and the fight against apartheid in South Africa. Even recent racially tinged events in Staten Island were evoked.

However, in watching the two works Thursday and Friday evenings, we were struck by a perhaps more frivolous fact: the choreographer’s superb touch in creating dance movement for women. 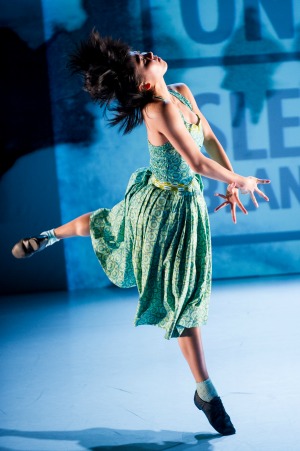 The beehive-hairdo’ed ladies pictured above — Tamisha Guy, Catherine Ellis Kirk and Penda N’diaye — rambled through a vivacious trio, full of precise footwork, even dropping to the floor for kneework, set to gospel hymns.

My favorite female dancer in “Wolves,” however, was Connie Shiau, a featured soloist in “The Gettin’.” The Taiwan-born-and-trained Shiau, an unusually punchy and bouyant dancer, got her finishing touches at SUNY/Purchase. Holding the huge Royce Hall stage with no effort whatsoever she provided a wonderful physical foil in the multiracial company.

But it was the choreographer himself who gave the women in his company, and a few of us girls in the audience, a run for our money by appearing Thursday night, 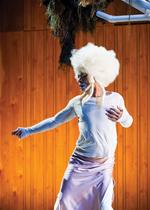 in “The Watershed” in drag — his saucy pink costume topped by an equally insolent white ‘fro wig.

Swishing and posing, from his cocked shoulder to jutting hip, by turns coy and flirtatious, he laid down the playbook for female gesturing and posturing. His gloved hand applied white powder to his brown cheekbones. Then, mid-stage, he did the locomotion, his entire torso erupting into jelly rolls. Only Marilyn Monroe, under the tutelage of a great male choreographer, Jack Cole, outdid Abraham as a female impersonator. 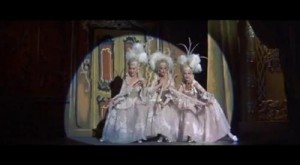