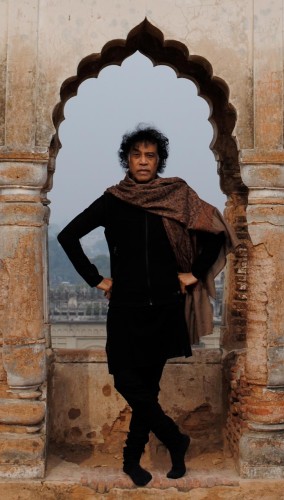 Saddened to hear news of the departure from Planet Earth of the great San Francisco-based Kathak dancer, Pandit Chitresh Das, whose brilliant cultural ambassadorship for his native art form extended to a eye (and brain)-popping performance at Grand Performances last September.

We also saw Chitresh hit the floorboards, hard, again with dance mate Jason Samuels Smith, in a surprise appearance at Dance Camera West in the spring, concurrent to screening the marvelous documentary, Upaj: Improvise. Film is (now) must viewing.

Leaving behind a gaping, aching hole that can never be filled, a dance warrior, nothing less: Pandit Chitresh Das.

THIS IS ME, Letters from the Frontlines