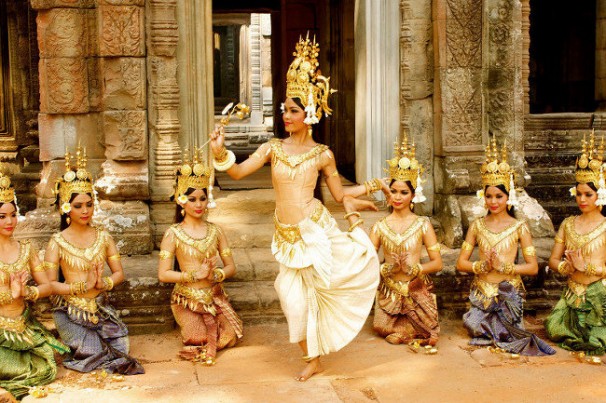 Three decades after near elimination by the Khmer Rouge, the Royal Ballet of Cambodia miraculously endures as the cherished emblem of Khmer culture. The Royal Ballet’s visit to Long Beach is part of a six week tour of the US and Mexico which follows a decade of resurgence after the 2003 designation by UNESCO of the Royal Ballet as “Intangible Cultural Heritage of Humanity.” 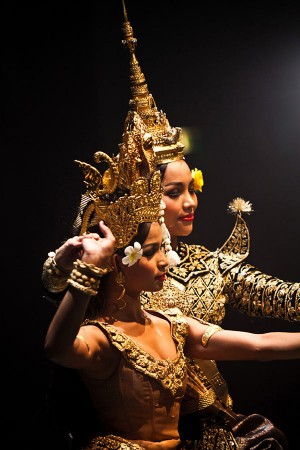 The Long Beach performance will feature an intimate ensemble of the best dancers and musicians in the centuries-old tradition of Khmer Classical Dance. With choreography by Her Royal Highness Princess Norodom Buppha Devi, inspired by her grandmother Queen Kossamak Nearyrath, the program will include selections highlighting the exquisite grace and austere beauty of this sacred art form, cherished as the emblem of Khmer culture.

Renowned for its graceful hand gestures and stunning costumes, Khmer classical dance was established in the early Cambodian royal courts for ceremonial as well as entertainment purposes. The repertoire includes dances of tribute or invocation and the enactment of traditional stories and epic poems.

An orchestra accompanies the dance, which embodies the traditional values of refinement, respect and spirituality. A female chorus provides a running commentary on the plot, highlighting the emotions mimed by the 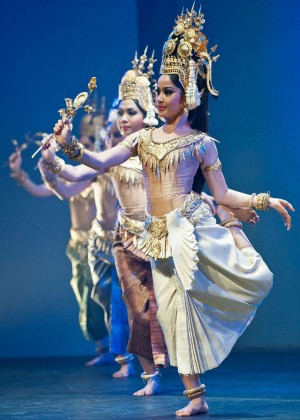 dancers, who were considered the kings’ messengers to the gods and to the ancestors.

Four distinct characters exist in the classical repertory: Neang the woman, Neayrong the man, Yeak the giant, and Sva the monkey, each in distinctive colors, costumes, makeup and masks. Gestures and poses, mastered over years of intensive training, evoke a gamut of emotions, from fear and rage to love and joy.