Glorya Kaufman joins Bernardo for the dance at the gym 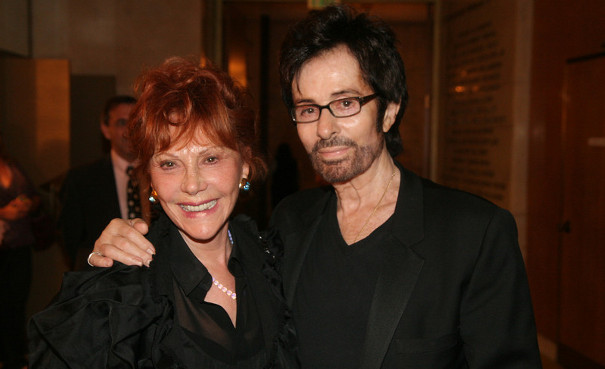 It was mambo-mania Saturday night at the elegant Dorothy Chandler Pavilion when Los Angeles dance “angel,” Glorya Kaufman, posed with pleasure with George Chakiris, the Academy Award-winning star of “West Side Story.”

Chakiris engaged in newsy dance conversation prior to a screening of the movie-musical masterpiece before a  very full house of big-screen movie fans. The avid gathering of film fanatics stems from 28 continuous summer seasons of the Los Angeles Conservancy’s “Last Remaining Seats” series.

The screenings normally take place in the monster movie palaces of the Broadway district in downtown Los Angeles. But this year, for the second time, LRS had as its co-presenter the Los Angeles Music Center, raising awareness about the Center’s 50th birthday. The three-theater complex (Disney Hall added many years later), modeled on New York’s Lincoln Center and for fifty years serving as L.A.’s go-to bastion for high art, opened in 1964.

In 2011, Mrs. Kaufman donated to the dance presentation series, “Glorya Kaufman Presents Dance at the Music Center.” In 2013, she again donated to the University of Southern California to establish the USC Glorya Kaufman School of Dance, the private university’s first new department in 41 years, a conservatory with a 58,000 square foot building devoted to dance. The program will take in its first class of dance majors in Fall, 2015.

Mrs. K joined 1,500 audience members in loving the movie. She wrote in an email, “It was an exceptional evening, seeing “West Side Story” after so many years on the big screen was incredible,” adding, “Your talk with George was well done.”

She noted the movie’s relevance, “It made me think sadly that the world will never change, so many people live with hate in their hearts instead of love and caring.”

arts·meme’s Debra Levine conducted the public conversation with Chakiris. The suave dancer, still in excellent condition, reminisced about his relationship with the film’s creator/choreographer/co-director, Jerome Robbins. Chakiris shared fun dance lore about three of Robbins’s brilliant dance numbers, “The Prologue,” “Dance at the Gym,” and “America.” 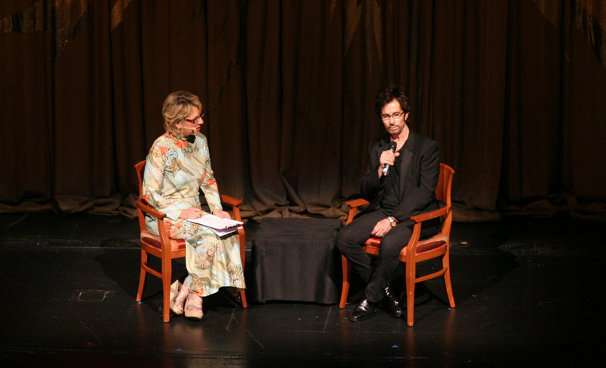 More pictures of the evening here.