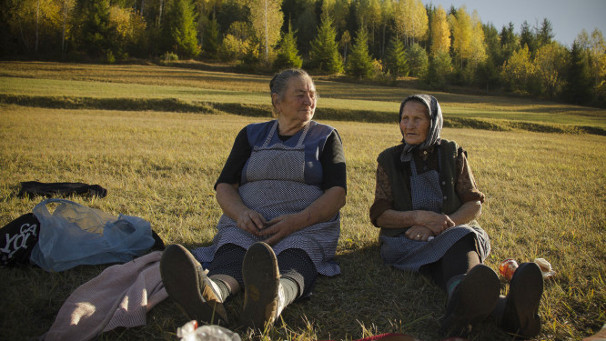 The gold standard in that odd sub-genre, the Funny Country Bumpkins Movie, remains Gyorgy Palfi’s beautiful and amusing “Hukkle,” set in a remote Hungarian village. Palfi’s fellow Hungarian, Agnes Sos, tries to one-up Palfi’s bumpkins in her little doc, “Stream of Love,” by showing—shock of shocks—that old folks really love sex. I don’t doubt that Sos loves her subjects, pondering their smiling, fantastically wrinkled faces, but she seems unaware how insulting it is to elderly viewers, who surely have the same sexual desires of everyone else including her adorable Transylvanian bumpkins. Even though her camera oddly fails to keep those wrinkled faces in focus, Sos knows her cinema: Her movie contains some fluidly edited observational passages that are as good as the work from Europe’s finest non-fiction laboratory, the Pompeu Fabra school in Barcelona. If the Pompeu Fabra movies—few have been screened at local festivals—were cutsie-pie, they’d feel a lot like “Stream of Love.” Screens Sat. June 14, 6:50 p.m.

Sober for six years and living in Los Angeles, singer-songwriter Thomas Jacob (Mikael Persbrandt) returns to his native Denmark to record a new album at the start of “Someone You Love.” Jacob’s style is updated Leonard Cohen, but even more growly, and as his music suggests, he doesn’t suffer fools. That includes his coke-addicted daughter Julie (Birgitte Hjort Sorensen), who’s raising young son Noa (Sofus Ronnov). When the pair intrude on Thomas’ highly controlled world, based at his rented castle in the Danish woods, we see it all coming: The father-daughter clashes, the daughter’s collapse, Thomas (a dreadful dad to Julie) having to take care of Noa. Director Pernille Fischer Christensen and co-writer Kim Fupz Aakeson signal each phase of their melodrama before they happen, which wasn’t the case in their prior collaborations, “A Soap” and “A Family.” Persbrandt is the whole movie, really: Wracked, wrecked, bitter, channeling any goodness he has through his art, which contains some damn good songs. Screens Tues. June 17, 6:45 p.m.

Speaking of Persbrandt’s Thomas, he can’t wait to get back to Los Angeles, and offers to take Noa with him. The city is never actually seen in “Someone You Love,” but it’s depicted as a safe creative harbor, a muse. So you’d think that the movie would naturally be in LAFF’s new “LA Muse” section. It’s not, yet perversely several movies in the section have no detectible connection to the city, including “Holbrook/Twain: An American Odyssey,” “Inner Demons,” “Nightingale” and “Supremacy.” At the same time, there are several not in “LA Muse” that do directly reference or are set in Los Angeles (and coded as such in the festival’s free guide), including “Lake Los Angeles.” “Billy Mize and the Bakersfield Sound,” “The Young Kieslowski,” “Comet” and “Sound of Redemption: The Frank Morgan Story.” The idea behind the section is good; right now, though, its reality confuses. 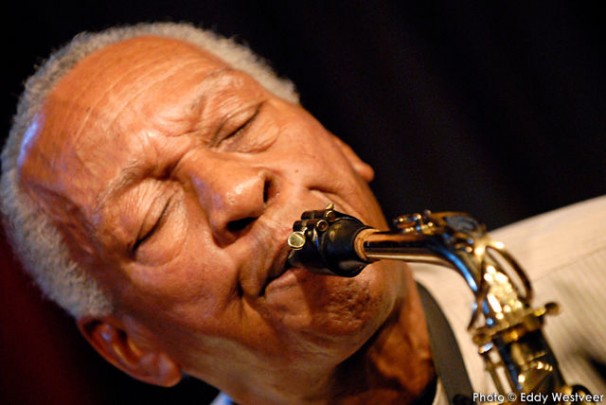 Speaking of Frank Morgan, the late alto sax master of hard bop jazz is not only being honored this weekend at LAFF with a screening of “Sound of Redemption” (Sat. 6:50 p.m.), but with a live concert at the Grammy Museum at LA Live (Sun. 2 p.m.) featuring several world-class musicians seen in the movie, including the great bassist Ron Carter, pianist George Cables, drummer Ron McCurdy and rising alto sax stars Grace Kelly and Mark Gross. “Sound” painstakingly traces Morgan’s creative birth under the wing of bop godfather Charlie Parker and his rocky career, interrupted for long patches by bouts with drugs, crime and hard time behind bars. Featuring some fine talking heads segments (including artsmeme.com contributor Kirk Silsbee), this is one of the best arguments for the supremacy of the hard bop style I’ve seen in a long time.