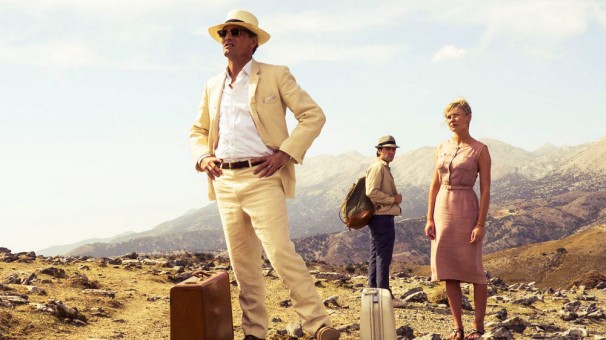 A useful purpose of a film festival overview is to steer audiences away from the bad stuff and toward the good. Of the 69 new or recent features in the 20th edition of the Los Angeles Film Festival, I’ve seen 34. So what’s reported here isn’t a complete program preview. But it’s a pretty fair slice of it.

There are many bad movies at LAFF. So best to start there. These are movies that are either not worth writing about  beyond their titles, or headed nowhere, or at best going straight to cable: “Uncertain Terms,” “Nightingale,” “Man From Reno,” “Eat With Me,” “Echo Park,” “Inner Demons,” “The Young Kieslowski,” “Supremacy,” “Runoff,” “The Kidnapping of Michel Houllebecq” and “Trouble Dolls.” Most are world premieres, which makes a statement in itself.

Then there’s the inevitable batch of movies neither here nor there, not bad but not good either, or some might say, “meh.”

These include the opening-night selection, “Snowpiercer,” based on the popular graphic novel and directed by one of the world’s most reliably exciting filmmakers, Bong Joon-ho. “Snowpiercer” reminds us that even reliably exciting filmmakers can slip up. The best that can be said is that Bong will move on from this project, and surely make something great in the future.

That also applies to Fernando Eimbcke’s doodle of a movie, “Club Sandwich,” which does nothing to take away from his two previous groundbreaking movies which introduced deadpan comedy to Mexico, “Duck Season” and “Lake Tahoe”; Mike Ott’s well-intentioned drama, “Lake Los Angeles,” set in his favorite location. Los Angeles County’s high desert; “The Life and Mind of Mark DeFriest,” whose amazing true story of an unjustly incarcerated man is damaged by show-offy motion graphics and other folderol; the deeply flawed and unconvincing Mexican drama, “Los Angeles,” written and directed by American filmmaker Damian John Harper; and “Of Horses and Men,” an initially intriguing portmanteau of stories true to the title’s subjects that evaporates before it’s finished.

So the good? All are, no surprise, cherry-picked from the festival circuit, as is far too little of LAFF’s program.“The Two Faces of January,” (from Berlin, pictured at column top) fluidly based on Patricia Highsmith’s novel by writer-director Hossein Amini, is the kind of movie Hollywood used to routinely make: Attractive, and smart actors (Viggo Mortensen, Kirsten Dunst, Oscar Isaac) playing shady, and complicated characters in fascinating, and fun settings (Greece), propelled by skullduggery, hidden agendas and deceit. Yummy.

The banal terrors and humiliations of the workplace grow, like weeds, to the surface of debut filmmaker Lee Yong-seung’s “10 Minutes” (Busan and Berlin festivals); just when it seems that Lee’s movie is little more than a mild procedural account of an intern’s experience in a government office, it bursts into something much larger, an X-ray of a suffocating South Korean social order.

By contrast, the final (2010) movie by the late radical Japanese master Wakamatsu Koji, “Caterpillar,” is a powerful scream of rage, portraying the dilemma of a crippled WWII soldier and his wife’s impossible burdens. Full disclosure: The movie is a selection for the ongoing program, “The Films That Got Away,” of which I’m a longtime programing committee member.

Denis Cote, along with Guy Madden, belongs to Canada’s leading core of world-class cinema artists (most are regularly ignored by festivals in our city full of Canadian expats), and his latest, “Joy of Man’s Desiring,” (Berlin, pictured above) shows him adopting an approach that mixes the lyrical and the Brechtian in a throbbing study of a factory and its workers.

Cote’s is an in-between movie, straddling fiction and non-fiction. Three others in LAFF’s program fall into a more purely non-fiction area, but use cinema’s artistic capacity for contemplation, immersion and humor far beyond the kind of conventional documentaries that fill many festival programs.

“My Name is Salt” (IDFA in Amsterdam) concentrates its intense gaze on the seasonal cycles of an Indian family of salt farmers with a stunning degree of discipline and beauty that’s never pictorial for its own sake. “Walking Under Water” (Hot Docs) travels to another remote part of the globe—Mabul Island near Borneo—to observe the quietly desperate lives of a traditional fish diver and his young pupil, where the stunning underwater glories clash with the ugly pettiness back on shore. 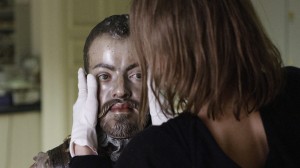 One of the year’s genuine festival successes, “The Great Museum” (Berlin, San Francisco, Seattle) is no less than the second inspired movie recently shot inside Vienna’s venerable Kunsthistorisches Museum (the other, is Jem Cohen’s brilliant “Museum Hours”). It takes the lessons of Frederick Wiseman’s documentary filmmaking philosophy—comprehend an institution by filming it from every possible vantage point on the organizational flow chart, and keep the camera out of the way—but produces something quite different, more sarcastic, ironic and irreverent.

“Starred Up,” a startling collaboration between director David Mackenzie, writer Jonathan Asser and an extraordinary cast (Jack O’Connell, Ben Mendelsohn, Rupert Friend, David Ajala) was just about the toughest movie in the Toronto festival, and it surely will be here too. The savagery that can dominate everyday prison life is glibly treated in the Mark DeFriest documentary; the dramatics in “Starred Up” is infinitely more real and devastating, which is no surprise from a director of Mackenzie’s uncompromising power.

Some festival movies are worth watching for the promise and potential of the filmmakers involved. These include the gifted Lebanese director Rania Attieh, who follows her marvelous “OK, Enough, Goodbye” with a quirky new Tex-Mex comedy made with co-director Daniel Garcia, “Recommended by Enrique,” probably LAFF’s only good world premiere. Attieh will make great movies, just you watch.

I wouldn’t go as far with Argentine writer-director Matias Lucchesi, but his “Natural Sciences” is a case of subdued and nuanced storytelling, about a rebellious girl coming to terms with her past. 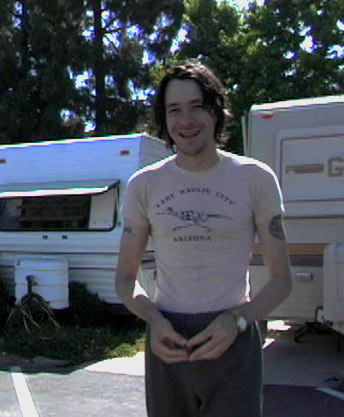 Last and absolutely not least is Giuseppe Andrews, still one of the best-kept secrets in the American indie movie scene. While it’s lovely that LAFF chose to screen “Giuseppe Makes a Movie,” a loving profile of Andrews at work on one of his several dozen video-shot black comedies made for well under $1000 with a cast of mostly homeless folks in Ventura, it’s a real pity that LAFF isn’t also screening Andrews’ own movies, such as the one we see being made, “Garbanzo Gas,” about a cow on an all-expenses-paid vacation before being sent to the slaughterhouse.

In a cinema world where the insanely trashy movies of the Troma stable can be seen alongside those of Fassbinder, Bunuel and Pasolini, the delirious nuttiness of Giuseppe Andrews is bound to happen. More people should know that it has.