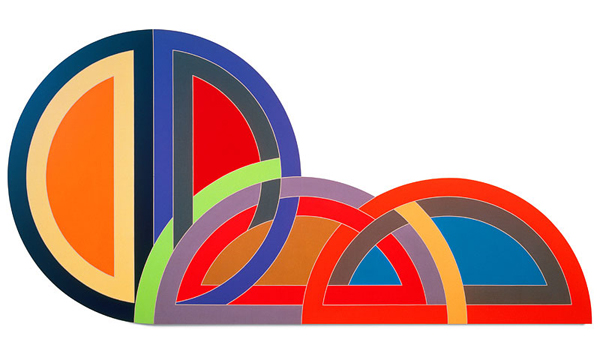 An intriguing and beautiful show that celebrates a cool-headed, fresh visual arts language dating back half a century opens this weekend at Honor Fraser Gallery on La Cienega Boulevard. Openness and Clarity pays tribute to the legacy of ‘Color Field’ artists who paved the way for Minimalism, Conceptual, and Pop art. 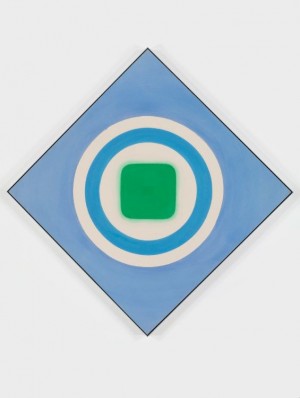 Assembling works rarely exhibited in Los Angeles, Openness and Clarity examines the pivotal role a crop of painters played in the evolution of abstract art, while also proving the work’s persisting ability to captivate the contemporary eye. The title of the exhibition references Clement Greenberg’s catalog essay for his seminal 1964 exhibition, Post Painterly Abstraction, which championed a new group of artists that rejected painterliness in favor of an “openness and clarity” in color and contour.

Organized for the Los Angeles County Museum of Art, the exhibition introduced thirty-one artists whose restrained arrangements of saturated color in vaporous soft-edged shapes and geometrical hard-edged forms reacted to the dense, gestural brushwork and raw emotion of the Abstract Expressionists.

Marking the fiftieth anniversary of LACMA’s historic exhibition, Openness and Clarity presents a selection of exceptional works by five artists who were integral to Greenberg’s thesis and were instrumental in advancing abstraction in the 1960s and 1970s: Helen Frankenthaler, Morris Louis, Kenneth Noland, Jules Olitski, and Frank Stella.

The show also features works by Josef Albers, Anthony Caro, Hans Hofmann,  Robert Motherwell. Not included in Post Painterly Abstraction, but hugely influential because of their emphasis on color and form were teachers at Black Mountain College (Albers) and The Art Students League and Hans Hofmann School of Fine Arts (Hofmann), these artists’ work and ideas set a foundation for younger artists to expand upon and rebel against.