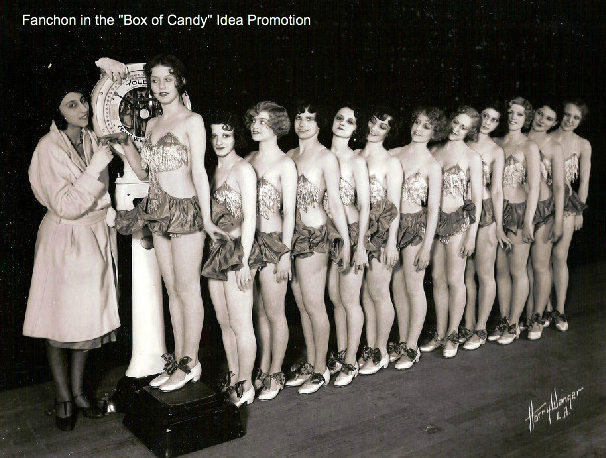 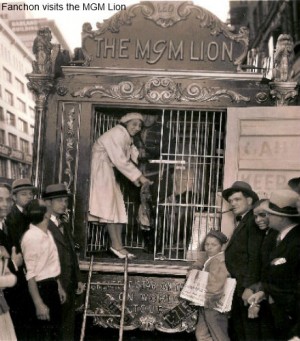 The daughter of a Los Angeles clothing store proprietor, Fanny began performing at the age of 10 in amateur shows around Los Angeles and at 14 joined her brother, Michael Marco, as a popular dance team in nightclubs (Tait’s in San Francisco, etc.) and theaters, eventually headlining on the Orpheum Circuit and the Ziegfeld Roof. The act consisted of Marco playing the violin while Fanchon danced in and out of his arms. They started producing nightclub floor shows with Pavo Real in San Francisco in 1915 and in 1920, she and Marco produced Sunkist, their first musical revue for theaters, for which she also wrote the music and lyrics and designed the costumes. The show eventually appeared on Broadway in 1923. Together they created the Fanchon and Marco dynasty: contracted by the Fox West Coast theater chain from 1923-’32 to supply all of the live entertainment – eventually owning a theater circuit of their own, The Fanchonettes and Sunkist Beauties dance lines who appeared in World’s Fairs, nightclubs and movie houses. Adding brother “Rube” Wolff as an Emcee for many of their live presentations.

An advertisement in Variety, January 3, 1933, boasted: “At present, she oversees all production at the mammoth Fanchon and Marco studios on Hollywood…Creates original ideas for shows…Supervises dance routines…Originates novel settings…Sets new designs for costumes and supervises their execution…Turns out more than fifty complete productions every year…And still finds time to be a wife, a mother, and a student of the times.”

Other Broadway work: Satires of 1920 (wrote the music and lyrics), Sunkist Revue (’21, produced, wrote the songs and book and also appeared), Stairway Idea (wrote the songs, produced and directed). Appearing as “herself” in the short films Studio Tour (MGM, ‘25) and A Trip Through the Paramount Studios (1927), she eventually produced the films Turn Off the Moon and Thrill of a Lifetime, becoming one of Hollywood’s first female producers. Later “Producer” credits include the 20th Century-Fox short All Star Bond Rally (1945) and Campus Honeymoon (1948). 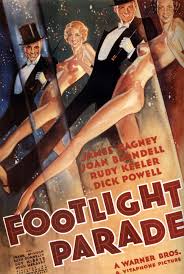 Fanchon and Marco are reportedly the inspiration for James Cagney’s role of the Prologue producer in Footlight Parade. At the height of their success their 50,000 square foot studio and school of the Theatre at 5600 Sunset Blvd in Hollywood contained five rehearsal stages, a wardrobe department, music library, booking agency and “gag” library, which created shows in thirty-six cities that used over 2,000 employees. Merging with the Ethel Meglin Studios in 1936, they operated one of the most successful dance schools in Hollywood. Dance instructors included Aida Broadbent and Carlos Romero and students included Donald O’ Connor, Cyd Charisse, Ginger Rogers, Mary Martin, Gene Nelson, Doris Day, Ann Miller, Betty Grable, Shirley Temple and Judy Garland. After supplying dancing lines and original choreography and staging for films, from 1943-’45, she was contracted by Fox to “supervise” musical sequences. She then was contracted as a dance director at Republic. The Fanchon and Marco show business regime lasted until the mid-’50s, when the major movie theater chains stopped producing live presentations. Fanchon married restauranteur William Simon in 1923 and one of their two adopted children is actress Faye Marlowe, who starred in Rendezvous with Annie (’46) – one of her mother’s films.

Fanchon’s career is confused with the career of Fanchon Royer, another female film pioneer/producer and she personifies some of the frustration involved in trying to document film dance creators. As of October 2011 there is a website with wonderful photos and details about the family and their careers which states that the family’s archives have been donated to the Huntington Library in San Marino, California. Marco died in October, 1977.

Filmography and suggested reading at bottom.