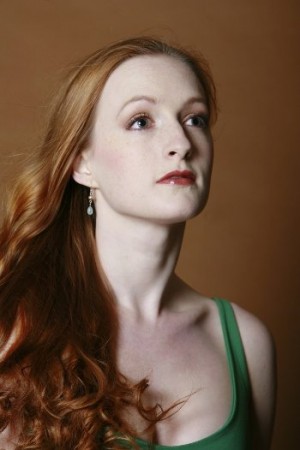 “Giselle” is arguably the greatest solo role for a ballerina in the classical canon. One proof point is that unlike “Swan Lake,” the ballet is named for a woman, not a bird or a lake! “Giselle” tells the story, over a full-evening performance, of a simple peasant girl smitten, then devastated, by love. She uses the power of that love to redeem the man who broke her heart. The role is a huge undertaking of acting, classical purity, musicality and given its infamous “mad” scene, courage.

A ballet of French origin, “Giselle” dates from 1841. It disappeared, in the late 1860s, from Paris. The version we know descends from Marius Petipa’s revival/revision of 1884 in St. Petersburg. In 1910 it was staged by Diaghilev’s Ballet Russes, with Tamara Karsavina as Giselle and Nijinsky as Albrecht. The ballet again retreated to be revived by a great ballerina, Olga Spessivitzeva, in the early 1930s.

Miraculous film footage exists of Spessivitzeva as Giselle, commentary on which we garnered from Gillian Murphy, a red-headed vixen who is one of our preferred contemporary ballerinas.

Gillian will lead the corps de ballet of the Royal New Zealand Ballet in her own interpretation of the role this coming weekend, courtesy of Glorya Kaufman Presents Dance at the Music Center. Principal casting for the ballet includes Gillian and Qi Huan, as Albrecht. The duo will dance the opening night performance as well as that of February 1.

Spessivitzeva, who years later underwent her own real-life struggle with mental illness, is shown in footage here:

It is incredible to see such a famous interpreter of Giselle in such rare live performance footage. I appreciate the freedom and lack of contrivances in this clip; she is utterly natural and almost pedestrian in her movements.

I admire the eccentricity that Spessivitzeva brought to the role and the heart-wrenching madness she famously brought to the end of the first act, but I personally approach Giselle more in the Ulanova style of being more joyous and trusting rather than exuding a sense of doom from the very beginning. Both Ulanova and Spessivitzeva, as well as many other great Giselles, have demonstrated that there are many different and perfectly valid ways to portray the role, and Giselle offers a very personal reflection of each ballerina’s inner spirit.

Thank you, Gillian Murphy! Break a leg next weekend at the Chandler!

Thank you, Lynn Garafola, dance historian, for the “Giselle” history.