Sundays are for Chalifour 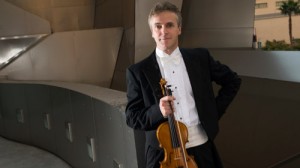 A program of Schubert and Ravel will be offered at the sunlight filled room where Jim Eninger presents afternoon concerts for the past many years. It’s a 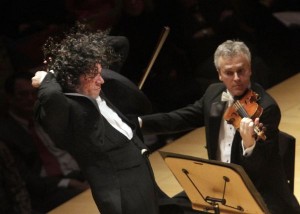 great opportunity to enjoy the art of Chalifour who began his tenure as Principal Concertmaster of the Los Angeles Philharmonic in 1995.

The recipient of grants and awards in his native Canada, he graduated with honors from the Montreal Conservatory at the age of 18 and then moved to Philadelphia to pursue studies at the Curtis Institute of Music. In 1986 Martin Chalifour received a Certificate of Honor at the Tchaikovsky Competition in Moscow and was a laureate of the Montreal International Competition the following year.

Los Angeles-based pianist Timothy Durkovic, a native of Guatamala, is an active soloist and chamber musician, collaborating regularly with some of world’s finest instrumentalists and vocalists. He is the Grand Prize Winner of the 1996 Los Angeles Liszt Competition as well as a winner of the Beverly Hills Auditions, the Carmel Music Society Competition, the 2001 San Diego Duo Piano Competition and the 2001 IBLA Grand Prize Duo Award (Sicily, Italy) with his duo partner Chie Nagatani. Mr. Durkovic studied at the National Conservatory of Guatemala, and the Juilliard School

The acoustics of Rolling Hills United Methodist Church’s sanctuary are among the finest in Southern California, and the venue’s idyllic sylvan setting next to the South Coast Botanic Garden on the north-east corner of Crenshaw Blvd and Palos Verdes Drive North makes the concert experience especially pleasant. The church’s “Sundays At Two” presents free concerts without intermission. Generous at-the-door contributions “roll” to the artists, so bring your wallet.