Koehler on Cinema: the greatness, and terror, of a flood 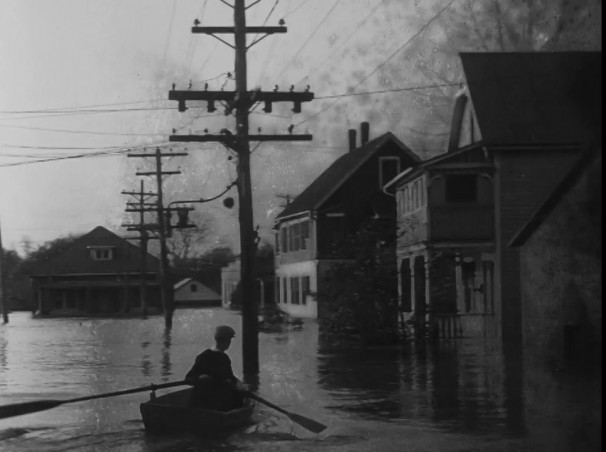 No words, no images, no sounds can fully convey the total horror of the Great Mississippi River Flood of 1927. The book that comes closest to putting you in the middle of the most widespread water disaster in American history—it stretched across the entire Mississippi River valley and west, across the river’s tributaries, affecting nearly half the states of the Union and dwarfing the impact of a Katrina—is John Barry’s “Rising Tide: The Great Mississippi Flood and How it Changed America” from 1997. Now, with “The Great Flood,” the master of found-footage cinema, Bill Morrison, offers the closest we’re likely to experience of the epic event on the big screen.

Morrison’s fascination with the beauty and textures of decayed celluloid is the basis for a series of stunning works, most famously his spectacular multi-media “Decasia,” that reclaim and remold our perceptions of what silent cinema looks and feels like—literally reviving films from the dead, a kind of reanimation of cinematic corpses. “The Great Flood” is more history than pure art work: Constructing a chronological retelling of the flood’s events, Morrison has painstakingly sought out and edited together documentary footage shot in several States where the flood hit hardest, especially in Mississippi, Louisiana and Arkansas. As always, he’s collaborated with jazz guitarist Bill Frisell and his group for a soundtrack (recorded live in Seattle’s Moore Theatre). That’s meant to be a contemporary response to history. 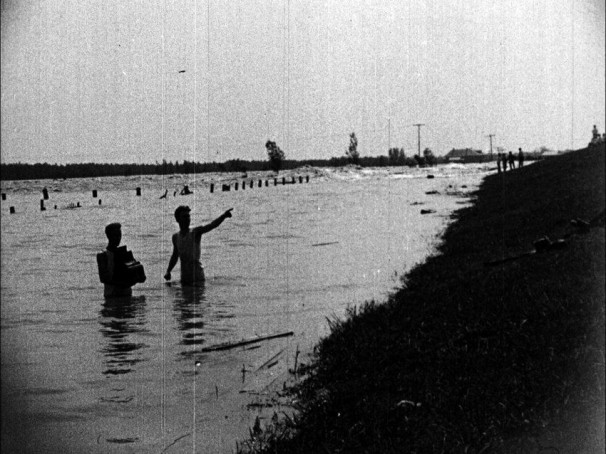 Huge downpours (at one point, New Orleans was hit with 15 inches of rain in 18 hours) pounded the Midwest and South during the entire winter of 1926 and into early 1927, causing unprecedented swelling of tributaries flowing into the big river. Morrison shows the weather and raging waters, but he’s most interested in the social impact: Pre-flood cotton growing on the bountiful Delta, with images worthy of Eisenstein; the desperate, hopeless attempts to shore up levees as the flood comes; the concentration camps built only for African Americans, while white Southerners are seen escaping harm’s way boarding trains in their Sunday best; the incredible damage to small towns left in the flood’s horrible wake, looking like a giant monster had ripped through it; the massive emigration by rail of countless African Americans, headed north when farm work was impossible.

Disaster causes fundamental change. The great 1755 Lisbon earthquake, causing many to ponder if there really was a God, triggered the Age of Enlightenment. Morrison’s movie doesn’t explain the full impact of the Great Flood on America and the profound population and racial shifts it caused. But all of this is suggested, especially in its extraordinary final scenes of African Americans living in Chicago, from attending to church to just having fun and dancing up a storm. (Morrison loves to switch his footage from full speed to slow motion, to reveal more detail that our eyes would otherwise miss.) Free of the white man, free of the cotton fields and camps, they can boogie in the Chicago streets. A new world has begun.