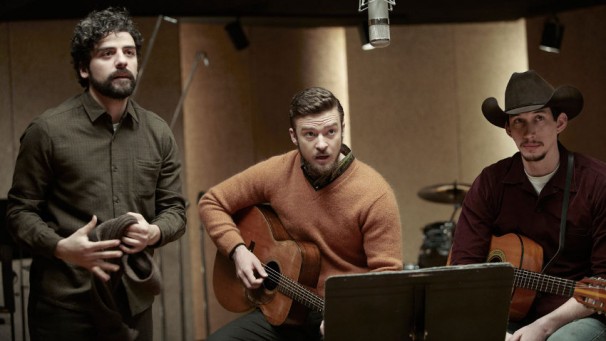 One of the most interesting things about the reaction to “Inside Llewyn Davis” (Arcight, Hollywood; The Landmark, Westwood) is puzzlement over whether writers-directors Joel and Ethan Coen intend a sarcastic portrayal of the early ‘60s folk music scene in Greenwich Village. The question isn’t baseless. Sarcasm has sometimes been a potent tool for the brothers (“The Big Lebowski”), and at other times a stumbling block (“The Ladykillers,” “Intolerable Cruelty”).

Few in their vast universe of characters flow with the barely contained sarcastic toxicity of Llewyn Davis, whose fascination (and the fascination of Oscar Isaac’s astounding performance, including singing and performing on guitar, live) stems from the enormous gap between the simple and unaffected beauty of his calm, clear voice and his unlimited capacity for burning professional and personal bridges. 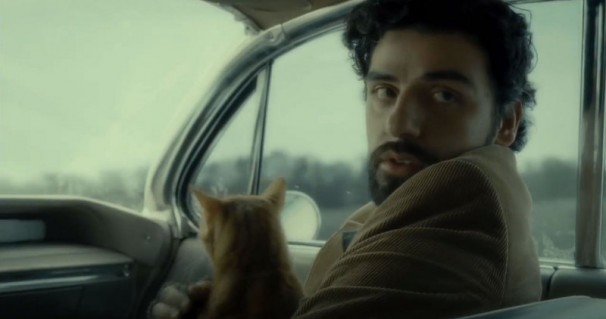 It’s this chasm that the movie, constructed as an odyssey through an America before the ‘60s truly kicked in, explores on a pathway toward the sublime. Perhaps because Llewyn’s worst self is the stuff of some powerful comic exchanges—between Llewyn and bitter, pissed-off ex-girlfriend and fellow folkie Jean (Carey Mulligan), or Llewyn unfairly attacking his kindly Upper West Side friends Mitch and Lillian Gorfein (Ethan Phillips and the hilarious Robin Bartlett)—this can get confused with the Coens somehow cynically lampooning the music.

The brothers love castigating many aspects of human existence, but music is never one of them. Their love of old-timey music sincerely explodes out of “Oh Brother, Where Art Thou?” and a close listening here of what they and music supervisor T. Bone Burnett do with pre-Dylan acoustic folk reveals an even greater respect. But what makes the new movie a truly great American achievement is that this love of the art is ignited by a friction with some of the worst qualities in people. There’s good reason why Jean says—no, barks–“Asshole” to Llewyn’s face many more times than his own name.

Llewyn’s music coils gorgeous lyricism with tales of terrible fates, a fact that he knows deep inside is fatal to his twin ambitions of maintaining his pure artistry and making a living. He can’t help himself, in an audition for Chicago club owner Bud Grossman (F. Murray Abraham) that could alter his moribund career, and plays the beautiful but morbid “Death of Queen Anne.” Bud knows he’s watching an artist of the first rank, and we know it too; but Bud, in a typically terse line that defines what may be the Coens’ best screenplay to date, can only respond honestly: “I don’t see a lot of money here.”

More than any other American movie this year, “Inside Llewyn Davis” gets at the innate sadness and crusty humor that runs through American culture, its impossible contradictions, what allows an artist of Llewyn’s lowly yet high rank to be whittled down to size by who may be a greater artist, jazz horn man Roland Turner (John Goodman), even as he drowns himself in a junkie lifestyle. And who incidentally runs Llewyn into the ground when it comes to the sarcastic bon mots. In America, there’s always someone else around the corner, catching up on you.