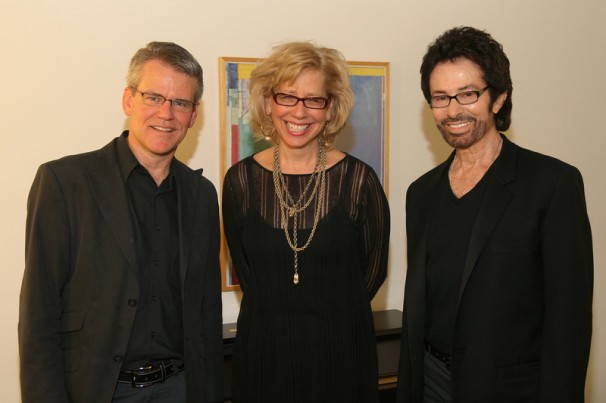 Prior to a screening of French director Jacques Demy’s auteur-masterpiece, “Les Demoiselles de Rochefort,” in which the dancer-actor-singer appears prominently, UCLA Film & Television Archive honored George Chakiris with clips from his many appearances on television variety shows and an interview that touched on both his singing and his dancing career. The full-evening event took place at the Billy Wilder Theater in Westwood Village Saturday Nov. 16, 2013. 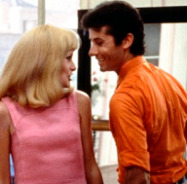 In the course of the evening, Chakiris described his close working history with two key Hollywood choreographers: Robert Alton, for whom he danced in three films, “White Christmas,” “There’s No Business Like Show Business,” and “The Girl Rush.” He also described the influence of Jerome Robbins, for whom Chakiris contributed prodigiously as Bernardo in the film, “West Side Story.”

Chakiris’s singing career, powered by his rich, full-throated voice, was also highlighted. Outstanding video clips from “A Salute to Cole Porter” broadcast in 1956 (Night & Day) and a 1967 televised version of “Kismet” (Strangers in Paradise) delighted the  sold-out house.

arts·meme‘s Debra Levine, pictured above with Chakiris and Shannon Kelley, director of public programs for the Archive, introduced the actor as follows:

“We are honoring a man who has made a significant contribution to American culture — and we’re going to learn more about him tonight. 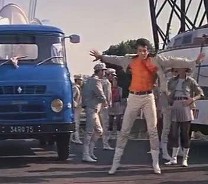 “His rich resume spans two dozen films, starting from first footsteps on an MGM sound stage, in 1947, at the age of 13; to the pinnacle: his screen-searing performance as Bernardo in West Side Story, in 1961, which garnered him an Academy Award as Best Supporting Actor. 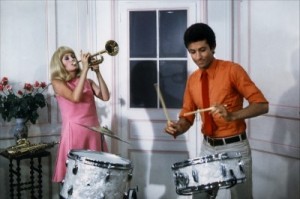 “His resume spans not only decades but also continents.  An early international player, he still has cult status in Japan and in France. He worked in Europe so long that a tabloid magazine screamed the following headline, ‘Why Won’t George Come Home?’

“Not only a headliner in Las Vegas, he was a headliner in the family living room in Long Beach, dancing and singing with his sister who is with us in the audience tonight.

“So, essentially, we’re talking about a legend.

“Finally, his kind personality proves that you can be a courteous gentleman and still have a highly respected career in show business. 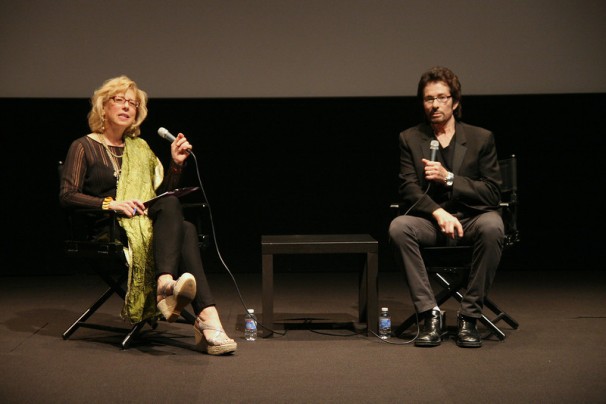