Though Rokia Traoré began her genre-, culture- and gender-bending incursion into the international music scene in the late 1990s, I didn’t encounter her until Peter Sellars’ 2006 New Crowned Hope Vienna festival, celebrating the 250th anniversary of Mozart’s birth. Reconceiving the composer as a griot traveller between Paris and Mali’s capital of Bamako, Traoré’s glorious voice tinged with an eerie vibrato, her insinuating dance style and withering intelligence left me a complete fan. I’ve seen her often since then, both as a solo act and with accompanying band and again as the perceptive and centered spirit of Desdemona’s African nurse in Sellars’ production of that name. The latest was on 13 November at London’s Royal Festival Hall. 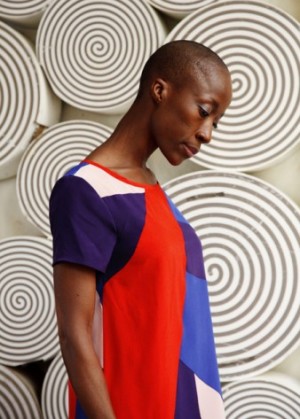 The daughter of a Malian diplomat, Traoré spent a good deal of her early life and education in Europe. Though not from a griot family, the philosophical story-telling of griot tradition is at the heart of all her work, but in almost all cases she is mixing the African and the Western in both instrumentation and musical styles. Besides herself on both acoustic and electric guitar, various versions of the n’goni, the African lute, are always present. Beautiful Africa is the most Western-inflected, yet with blues and rockabilly licks well-supported by three Western musicians blending effortlessly with the infectious n’goni of Mamah Diabaté.

Traoré sings primarily in her native Bambara and French, with no explanation of what complex web her lyrics are weaving. This we glean from the expressiveness of her voice, the glimmer of her eye, the shift of her shoulders, the tilt of her head. She is slight of build, yet strong as steel. We don’t know what she’s saying; except we do, and our hearts are glad.

Beautiful Africa is a Nonesuch recording.