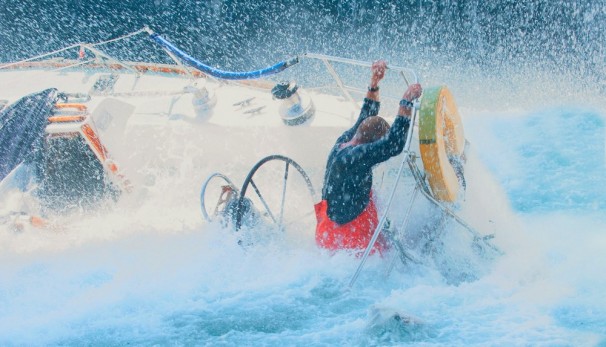 This is the season for critics going all nutty, overrating what’s not so good (“12 Years a Slave”) as great, and what’s good—like writer-director J.C. Chandor’s second feature, “All is Lost”—into something amazing.

Some critics, such as Mary Corliss, have suggested that “Lost,” given its near-absence of dialogue and focus on a single character, is “a work of cinematic innovation.” This is the kind of claim that comes from not seeing enough movies made outside the U.S., a common malady of American movie critics. Corliss has either never seen, or she has forgotten, Lisandro Alonso’s seminal 2001 debut feature, “La libertad,” which observed the routines and work of a rural, nearly silent Argentine woodcutter. Dozens of others since “La libertad” (including Alonso’s follow-up feature, “Los muertos”) follow the same kind of narrative and cinematic focus and discipline.

Stripped of back story, “All is Lost” places the viewer alongside a nameless amateur mariner, played with natural directness by Robert Redford, as he copes with a series of crises when his one-man sailboat has an accident, springs a leak and hits stormy waters while crossing the Indian Ocean. We know nothing of Redford’s man other than his soft spot for Virginia (part of his boat’s name, it could be the state or a woman), that he could be from the Southwest (he wears turquoise jewelry), was likely in the Navy. Surely he was a Boy Scout.

That’s because if ever a movie extolled the motto, “Be Prepared,” it’s this one. Redford’s man is temporarily set back at every obstacle, but because he’s equipped for worst-case scenarios, finds some way of getting through: from plugging a gash in the boat’s side with plastic sheets to inflating an emergency raft when the boat’s a goner. The movie concerns how a human being, at the mercies of nature, responds to the unexpected, and directly recalls the survival/disaster narratives of Jon (“Into Thin Air”) Krakauer. In both cases, we’re in the moment with catastrophes and compelled to ponder what we’d do in similar circumstances.

Like his equally overrated, TV-style Wall Street drama “Margin Call,” Chandor’s “All is Lost” examines how wealthy white American men survive the worst. Whether or not concern for the (self-inflicted) woes of the one percent should be a priority for American filmmakers, at least Chandor makes cinema this time, using an iconic movie star as the vehicle for something close to a silent movie. He allows Redford to channel a primal side last seen in “Jeremiah Johnson.” This is for the good. But it’s hardly something new.