Koehler on Cinema: Anti-piracy finds a hero in “Captain Phillips” 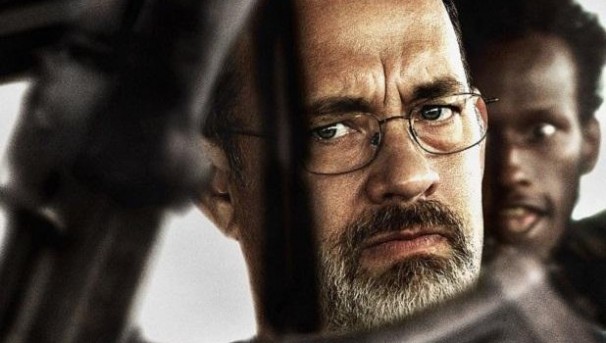 It had to happen. Sooner or later, Hollywood’s breathless, unending campaign against piracy was sure to find movie expression, its ideally useful metaphor. Coinciding roughly with the industry’s propaganda war against the netherworld of downloaders and other ne’er-do-wells, pirates of the classic seafaring variety from Somalia have raided and taken ransom commercial freighters. Sometimes, they’ve collected booty. Other times, they’ve died in the act. One time, they made one of their abducted victims famous. Maersk freighter Capt. Richard Phillips was taken hostage in a 2009 raid and lived to write a book about it, which screenwriter Billy Ray and director Paul Greengrass have adapted into a big, hulking sloth of a movie.

The first shock of “Captain Phillips” is how boring and belabored it becomes over the course of the better part of 2 ½ hours. This is unexpected from Greengrass, a former documentarian who shifted into narrative features with the stunning “Bloody Sunday” and has never since lost his innate ability to inform fact-based drama (“United 93”) and thrillers (the two best Bournes, “Supremacy” and “Ultimatum”) with the charge of the immediacy of cinema vérité. Not since William Friedkin made “The French Connection,” “The Exorcist” and “Sorcerer” — masterworks of genre drama blended with documentary — has a director on a Hollywood scale accomplished such a command of these two languages.

But this time, Ray’s script and Greengrass’ direction become bogged down in the procedural and the gradual, step-by-step unwinding of what happens after a hotheaded group of young men (poor fishermen who turned to this business in desperation) take over Phillips’ ship and then take the captain (Tom Hanks, who throws himself into the first good role he’s had in years) hostage. The director’s trademark ability to rev up tension is fully on display in early sequences once we’re offshore (the onshore prologue, like most prologues, is unnecessary). Once the piracy proceeds, a pronounced distance sets in between the viewer and the action, as if it’s being watched (a la Phillips himself) through long focal -length binoculars. Only in a brief finale, with the camera intimately trained on a profoundly vulnerable Hanks recovering from his trauma, does the emotional distance dissolve.

Whether Greengrass intended it or not, the movie serves the purpose of demonizing piracy, including the kind Hollywood really cares about. It also sends out three cheers for U.S. military muscle, which resolves the hostage standoff with a John McCain wet dream combo of battleships, drones, aircraft carriers and a Navy Seals squadron so bulked up that it would make The Rock blush. Message sent and delivered to all of the third world: Mess with an American, and you mess with the biggest damn fighting force of your worst nightmare. Or, if you will, mess with Hollywood copyright, and you will find your ass in dot com hell.