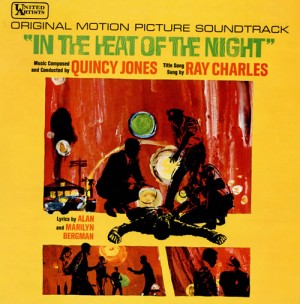 Jazz has been such an integral component to American motion picture soundtracks for so long, we sometimes forget it wasn’t always so. Try to think of modern motion picture soundtracks without jazz and it’s, well, unthinkable.  Don Ellis’s vibrant, taut music to “The French Connection,” Johnny Mandel’s poignant songs like ”The Shadow of Your Smile” and “Emily” (from “The Sandpiper” and “The Americanization of Emily,” respectively) and the “M.A.S.H.” theme, and the searing Quincy Jones score to “In The Heat of The Night” are barely the tip of the jazz iceberg in the movie Arctic. 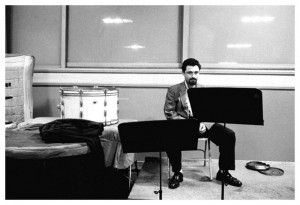 Jazz composition in American motion pictures is a quintessentially West Coast story. While black jazz musicians like saxophonist/composer Benny Carter and composer/arranger Phil Moore had surreptitiously written and contributed to soundtracks since the late 1940s at least, the late Shorty Rogers (1924-’94) kicked the studios doors (previously closed to jazz musicians) open with his arrangements for composer-of-record Leith Stevens for “The Wild One” (1953).  Shorty used Los Angeles jazz musicians like alto saxophonist Bud Shank, pianist Russ Freeman and drummer Shelly Manne for that soundtrack; unlike the fossilized movie studio players of the day, the jazzers could play Shorty’s scores. 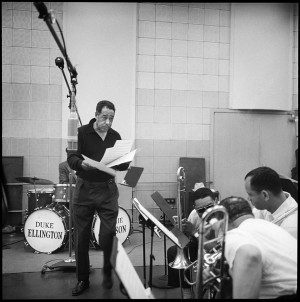 That was the beginning of jazz as something other than a clichéd musical effect (like a moaning saxophone to underscore a sleazy scene) — to be taken seriously as modern composition and interpretative playing in movies.

Since 1993, Ken Poston has been producing weekend big band festivals around the Southland. His biannual Thursday-morning-through-Sunday-night bashes at the LAX Marriott make full use of the watershed of world-class local jazz musicians who work in the Hollywood studios, lead and stock touring bands, and teach in the colleges. October 24-27, Poston’s theme is “Jazz Themes From Hollywood: West Coast Jazz at the Movies.”  As always, the format includes concerts, panel discussions and film programs. 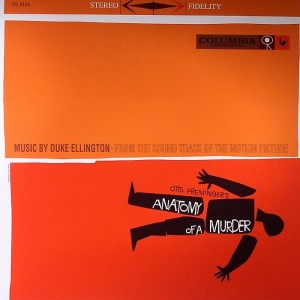 Highlights for the festival include Johnny Mandel leading his orchestra, an evening of film noir with Gerald Wilson directing a recital of Duke Ellington’s “Anatomy of a Murder” score, trumpet virtuoso Carl Saunders helming a band through the Rogers and Stevens soundtracks like “The Man With The Golden Arm,” singer Sue Raney’s jazz homage to Doris Day’s movie tunes, a concert of juxtaposed jazz treatments of “Porgy and Bess” by Bill Potts and Gil Evans, the Ron Jones Jazz Influence Orchestra playing TV jazz themes (“77 Sunset Strip,” “The Fugitive” and “Johnny Staccato” among them), Scott Robinson’s homage to Bud Shank’s surf movie soundtracks, guitarist Doug MacDonald essaying Barney Kessel’s “Some Like It Hot” album, and saucy saxophonist Med Flory reminiscing about his parallel acting career.

While the full weekend “Platinum Package” of hotel accommodation and entre to all of the programs runs $400, individual event tickets range from $10 to $50, making the L.A. Jazz Institute weekends one of the best bargains in town.

Kirk Silsbee publishes promiscuously on jazz and culture. He will moderate the “Jazz Film Pioneers” panel with Dave Pell, Gene Cipriano, Frankie Capp and Howard Rumsey for “Jazz Themes From Hollywood,” Thursday at 11:00 am.