A beautiful and much anticipated event in the design and architecture communities is Bill Stern’s annual Award Benefit event for the Museum of California Design. It’s a traveling party that’s invariably blessed with the best of autumnal afternoon weather.

The event is open to the public and ticketed. It’s a cool crowd and supporting this museum is a good thing to do. 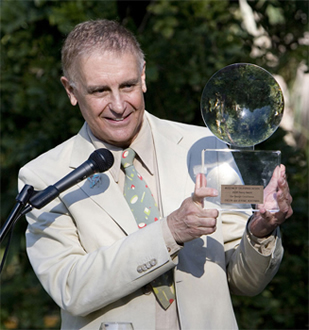 Everyone is hoping that the uber-industrious Stern will toast his own prodigious promotion of California’s distinct contribution to the design world. Bill  has been toiling, lately, on a catalogue book to accompany his wonderful “California’s Designing Women” exhibition at the Autry Museum.

There’s an award being given, too. The Museum’s 2013 Henry Award for Outstanding Contributions to California Design will go to Frances Anderton in commemoration of the second decade of her KCRW radio program “DnA: Design and Architecture.” 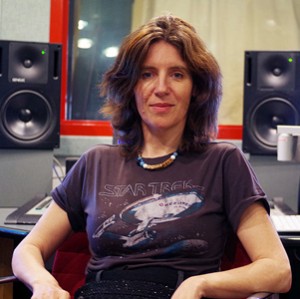 And what about that house! Architects Conrad Buff III and Don Hensman designed it in 1979 for Richard King and Carol Soucek King on nearly two rustic acres adjacent to Pasadena’s Arroyo Seco parkland.

The Kings’ home has been designated a Historic Monument by the City of Pasadena and will be given to the University of Southern California’s School of Architecture to become the USC Carol Soucek King and Richard King Center for Architecture, Arts and the Humanities.