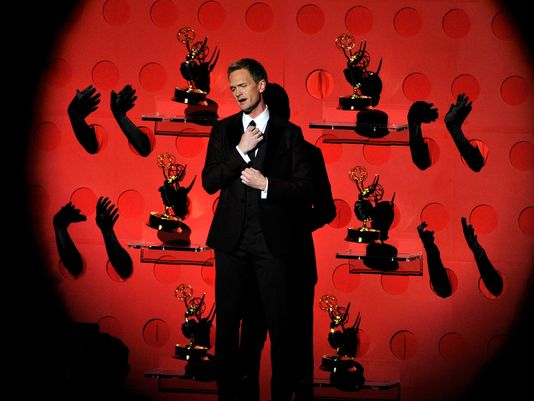 In last night’s Emmy broadcast, dance maker Spencer Liff opened his “Number in the Middle of the Show,” with a filip right out of Jack Cole’s playbook: black opera-length gloved arms reaching through holes in a wall … a distinctive design element that Cole used repeatedly. Below, he uses it in “Tars & Spars” (1946) one of his earliest efforts at Columbia Pictures. On the platform: the  great film dancer Marc Platt — he was Marc Platoff in the Ballets Russes de Monte Carlo — and Anita Alverez hit their Jack Cole jazz positions. 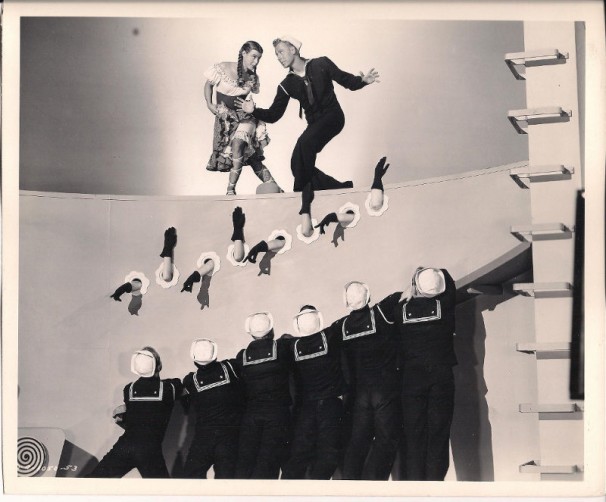 Cole, of course, was a glove fetishist. He rarely put a woman on stage in bare arms. Why would you do that given the potential for color and definition that gloves offer? In “Put the Blame on Mame” from “Gilda,” Cole has Rita Hayworth strip-tease one off her right arm. He put La Monroe in hot pink gloves in “Diamonds are a Girl’s Best Friend.” Gwen Verdon romped deliciously in black gloves in “Rhythm of a New Romance” from “On the Riviera.” Cole delivered Betty Grable onstage seated in a giant gloved arm in “Meet Me After the Show” (for the record, I don’t believe Cole choreographed the Betty Grable number beyond its gloved arm entry). Cole’s vast personal collection of dance and film memorabilia included a pair of kid gloves worn by Marilyn in “Some LIke it Hot” given to the choreographer by his protegee as a gift.

I would love to hear from Liff about his inspiration for the wall of peek-through gloves.