At Santa Fe Opera, not “Oscar”-worthy 2 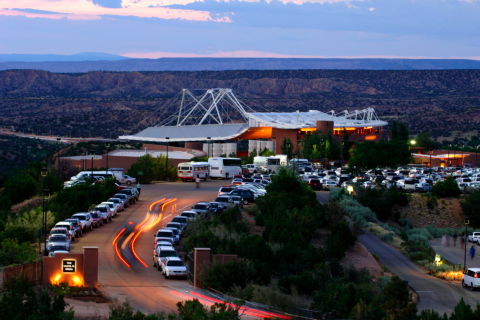 Ascending the hallowed hilltop upon which Santa Fe Opera roosts is a treasured journey — even for the initiated. The massive parking lot is sprinkled with “tailgaters,” their fold-out picnic tables draped in linen, wine bottles atilt in ice buckets. It’s the first visual hint of a wonderful evening in store. 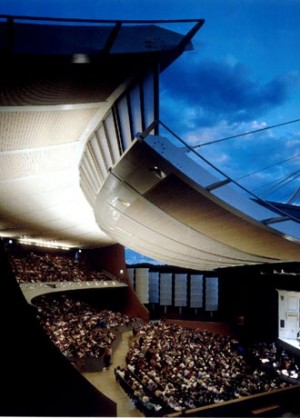 On Saturday night, for obvious reasons, dandies mixed in the crowd, in florid fashion.

It was a major event, the world premiere, at Santa Fe Opera, of composer Thomas Morrison’s “Oscar,” with librettist and Wilde scholar John Cox contributing text.

The two-act work focuses on the social and psychological undoing of the great Irish-born poet, essayist and playwright Oscar Wilde.

“Oscar” tells of Wilde’s conviction and devastating two-year imprisonment for “gross indecency,” as it were, lewd conduct (yet another euphemism for homosexuality). Its creation is timely, as our nation, so late in the day, dismantles the vestiges of systemic discrimination against gay men and women. 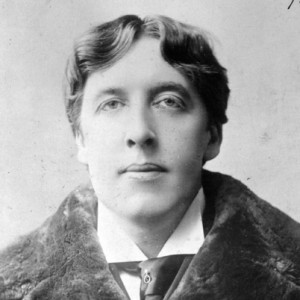 The opera, unfortunately, eschews a real dramatic arc, and opts for an easier path, that of political correctness. Rather than infuse messy real life into this telling of a shameful chapter of cultural history — basically the train wreck that occurred when the gay culture had its ‘outing’ in sexually sublimated Victorian England  — “Oscar” instead offers the dull beatification of Saint Oscar.

The witty and robust Wilde, who could dish it out as well as he could take it, is portrayed by countertenor David Daniels as a martyr, a discriminated minority, a full-blown victim in his own persecution. Stripped of native zeal or even the odd bon mot, for which he was notorious, Wilde is left to shuffle through a series of sad scenarios toward his doom. There is no rage; there is no outrage. I think this sells short not only Oscar Wilde, but the audience. 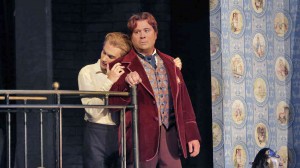 “Oscar” gets off to a very weak start in a prologue that depicts the writer unsuccessfully trying to check into a series of hotels. He’s repeatedly refused lodging, accused of being a miscreant. (Swap victims, what if he were black? Jewish? … it’s not a very original scenario.)

Why couldn’t the opera, instead, draw on Wilde’s reality, which is that he was at the height of his powers and his success, with “The Importance of Being Earnest” selling out in London’s West End, when things went so wrong for him?

The audience could feel the heat of Wilde’s public humiliation, his being yanked from a high perch, the extreme heinousness of this treatment befalling a member of the cultural elite.

Instead, we’re left to fill in the blanks on our own as to what’s at stake for the opera’s lead character. A guiding force pops off and on the stage, a deus ex machina in the form of a visiting character, the poet Walt Whitman (the two men met and parried during Wilde’s impressionable U.S. tour in 1882). The white-bearded Whitman acts as a kind of narrator to frame and contextualize.

Another choice in “Oscar”‘s dramaturgy has Wilde’s young lover, Lord Alfred Douglas (“Bosie”), presented not as a full-fledged character engaging with Oscar via opera, but as a phantasm, a (muted) dancer, Reed Luplau, twirling and twiddling ’round Daniels in Sean Curran’s middle-brow choreography.

Neither device really worked for me, but  … nice try?

“Oscar”‘s second half exceeds its more prosaic first, which is set in the children’s nursery of a Victorian home. As the swelling proceedings increasingly point toward Oscar’s canonization, David Korins’s set design matures, kicking in its own disturbing element, particularly the cast-iron and grey despair of the prison set-piece.

The opera’s most effective scene is a minor one. The jailed Wilde, in collapse, dish with two fellow inmates and a guard in the prison infirmary — about books. That this simple exchange (book talk!) offers the evening its long stretch of real-time drama, as well as its greatest humanity and even information, is a problem for the opera.

I did not find Daniels, the ennobled recitalist, compelling as Wilde. As the evening bore on, a gap opened between images of Wilde garbed in marvelous eccentric clothes, peering, often searingly, with one eyebrow raised, into cameras, and Daniels’s stolid presence. The unusual lead-role casting of a countertenor, while an interesting political choice (the high register forces the audience to grapple with something “different”), I found intrusive — and a barrier to identifying with the character.

Morrison’s often lovely neo-romantic score, actually the point of the evening which I do not mean to give short shrift, was beautifully and energetically drawn out by conductor Evan Rogister.

2 thoughts on “At Santa Fe Opera, not “Oscar”-worthy”