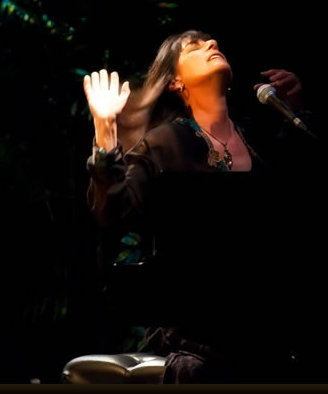 You already live in paradise*, so why leave Los Angeles on Fourth of July weekend?

For stay-in-towners Friday July 5 has a great offering at the Levitt Pavilion Los Angeles, right on the westward edge of downtown.

It’s a live (and free) performance by Karla Bonoff and Wendy Waldman, both Grammy-winning singer/song writers.

Bonoff has long been booked on the Levitt calendar. But in a suprise announcement, Bonoff will be joined on stage by fellow crooner Wendy Waldman; the two former collaborators will perform together in the outdoor amphitheater for the first time in twelve years.

Bonoff, song writer of Wynona Judd’s “Tell Me Why” and umpteen Linda Rondstadt songs, notably “Home,” is a product of the folk rock scene of southern California.

Bonoff and Waldman together, along with Andrew Gold and Kenny Edwards are known to cognoscenti as Bryndle. Byrndle-ites are expected to flood to MacArthur Park. Neo-Byndlites also welcomed.

The threshold to entry at the Pavilion is super low. Just show up.