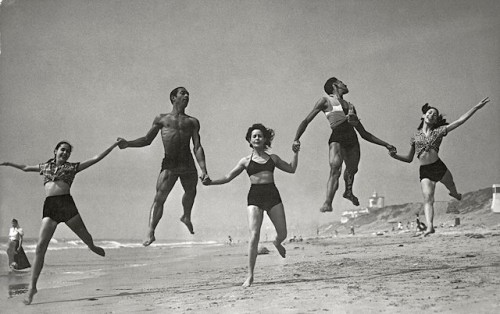 In 1956, Flemyng invited the Los Angeles-based First Negro Classical Ballet (also known very briefly as the Hollywood Negro Ballet) and its director, Joseph Rickard, to join forces with the New York company. Rickard was of English German background and had danced with the Ballet Russe. He had taught ballet at Music Town in Los Angeles, where his students were predominantly black. This led to a few small concerts and, in 1947, to the founding of the First Negro Classic Ballet. Although this was not the first black ballet company, it may well have been the first to have its women dance en pointe.

Rickard … did go on the 1957 tour, but four of his dancers did—Guy Allison, Patrica Griffith, Carol Ann Wise and Graham Johnson… The company rehearsed sporadically in New York with Thelma Hill serving as rehearsal director. George Chaffee, the American- and French-trained ballet master, gave the dancers a two-hour company class at his studio where they also rehearsed.