In memorium: Matt Mattox from ‘Seven Brides for Seven Brothers’ 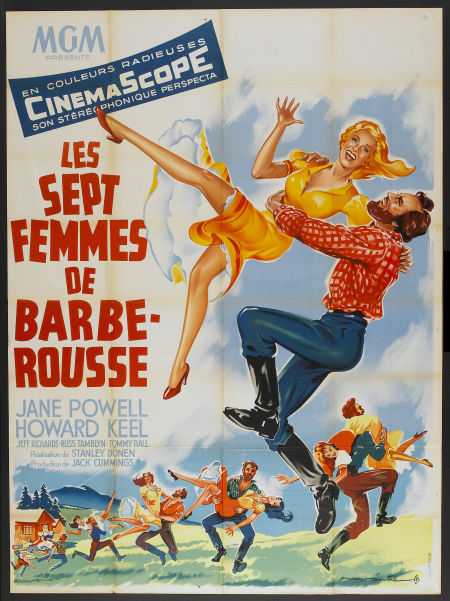 Surely the main figure lifting Jane Powell aloft is meant to represent Howard Keel, but I believe the French artist may have modeled the figure on long-legged Matt Mattox, who excels as a dancer in the movie. Mattox’s huge Hollywood dance career began auspiciously, in a Fred Astaire film, according to his colleague and protegee Bob Boross:

Matt’s first break was being hired for the Fred Astaire film “Yolanda and the Thief” choreographed by Eugene Loring. Matt was taking ballet in Los Angeles with Nico Charisse, and Cyd Charisse brought him to the attention of Loring. Matt made the audition, and started work on the Astaire film just days after. From there, he never looked back.

Matt Mattox was a Jack Cole dancer. That says it all — a top notch dancer and a hugely influential jazz-dance instructor. He was a force of greatness in France where he lived for decades.