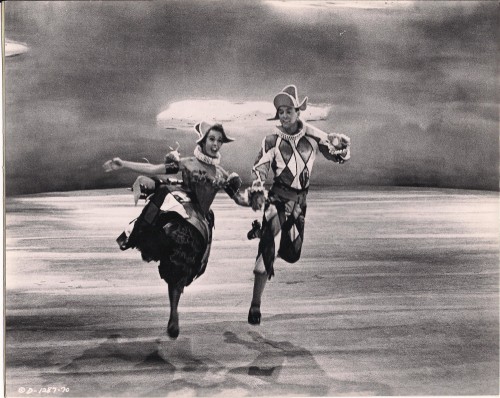 Incandescent dance photography from a Hollywood film. Why are we not surprised that Jack Cole stands behind it? The Harlequinade costumes are a dead giveaway; one of the enduring interests of this choreographer (he died in 1974 in Los Angeles) was commedia dell’arte. High-voltage performance (Gower Champion laudable in the photo below) gives further clues. Spindly stage trees were a Cole trademark. The swap between a traditional proscenium set-up to an open, “infinity” stage provide final evidence of a dance-on-film maestro at work. Verso text here:

CHAMPS – The dancing Champions–Marge and Gower–in the Harlequinade production number choreographed by Jack Cole for Columbia’s Cinemascope, Technicolor musical, “Three for the Show.” 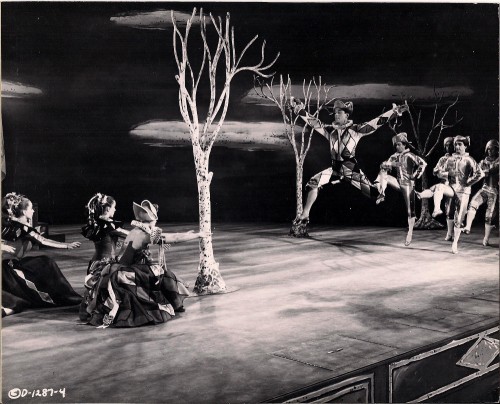