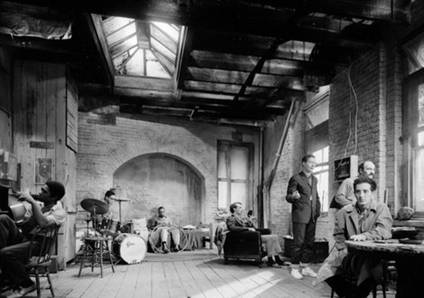 This recco comes from arts·meme friend Ross Lipman, who was the chief restorationist for the film …

Just wanted to let you know that Milestone Films is nationally releasing UCLA’s restoration of THE CONNECTION, and it will be running for a full week at the New Beverly, opening this Friday. Shirley Clarke‘s 1961 portrayal of NY junkies (based on the famous Living Theatre stage production) is one of the first “pseudo-documentaries” — it also has some absolutely stunning jazz sequences with the Freddie Redd quartet, including Jackie McLean.  Jazz fans in particular won’t want to miss it.