MJ, not dying, not depressed, in “This is It” 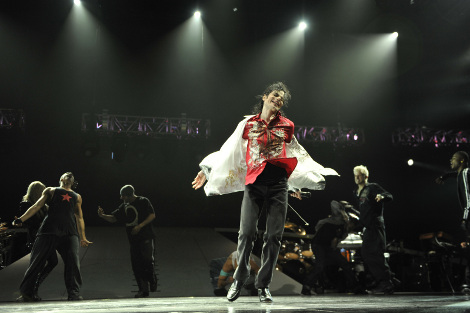 We spent the last two years thinking that on some level Michael Jackson wanted out. A disaster was heading his way in the form of the humongous London tour he was embarking upon. This is what we assumed.

It is therefore startling to see in Kenny Ortega’s wonderful rehearsal documentary, “This is It,” Jackson working well, in strong form, surrounded by high quality and caring people, and that the show he was preparing was tasteful and excellent. We just viewed the film; its immediate release in 2009 after Jackson’s death felt untoward. 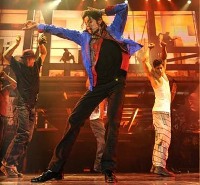 Absolutely exceptional in the film is footage of Jackson interfacing with his musicians, conveying his musical moxie and attention to detail. At once exacting, professional and very sweet natured, he lifted up those he worked with. His back-up dancers were delirious to have been selected to dance behind him. There was love around Michael Jackson, or so it appears, which makes his horrible early departure even sadder.

I don’t know what they left out of the film, but he looked, to my eye, to be in a good place.  Argh. So sad.

“This is It” ~ highly recommended, although painful and disturbing.