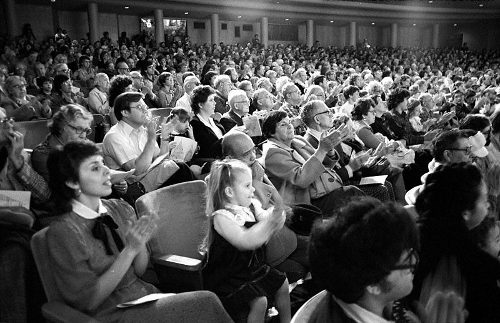 This just in from the museum: “Los Angeles (April 6, 2011)—The Los Angeles County Museum of Art (LACMA) announced today that it has entered into a partnership with Film Independent, the non-profit arts organization that produces the Spirit Awards and the Los Angeles Film Festival.

LACMA and Film Independent will inaugurate the new weekly Film Series in September 2011 with previews of feature-length narrative and documentary films; archival films and repertory series; conversations with emerging and established filmmakers and artists; international showcases; family films; and special guest-curated programs. In addition, monthly post-screening receptions will bring together the Los Angeles creative community by offering a gathering place for film lovers, artists and the general public. The current LACMA film program, as well as Film Independent’s year-round Film Series will continue through mid-September.”

An interesting media sponsorship: “The New York Times will be the sole Presenting Sponsor of the new Film Series. As a national newspaper that has long offered extensive coverage of films and filmmakers, this collaboration will serve to establish a larger cultural presence in Los Angeles for The New York Times.”

And some sad news: “Ian Birnie, LACMA’s Consulting Curator in the Film Department, will be leaving this fall.”