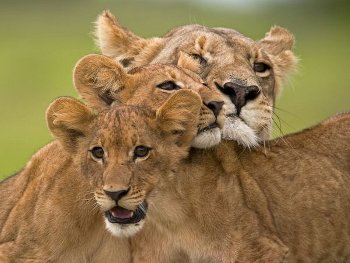 You think you have it rough. Then try just one day as Ma Di Tau, lioness, a single mother raising three urchins in the open plains of Botswana.

You’re moving neighborhoods, you’ve got the kids in tow, and, OMG, they’re all still nursing. There are vicious (male) lions advancing on you from behind, and up ahead a flowing river cuts off your path. You can swim, but when you do, hungry alligators nip at your children’s little dog-paddling paws. Alligator lunch hour.

Rifle-toting human beings stalk you by car and by foot, and for some inexplicable reason, they want to stick your head on the wall of their family den. It’s a daily grind, a real slog. You could say it’s a jungle out there, only it’s not; it’s the Botswana bush where 450,000 big and beautiful creatures like you once roamed and ruled the roost. Now only 20,000 remain, and you’re kind of on the lam. It’s sad. 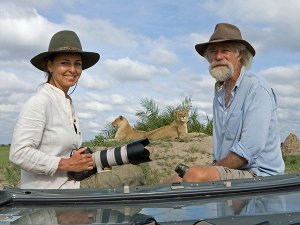 You’re a fearsome, bad mother of a butt-kicking, saber-toothed, raw-meat-gnawing lioness. But the world has conspired against you, and you’re on the verge of becoming an endangered species.

All of this I learned at a screening of National Geographic Entertainment’s soon to be released feature film,”The Last Lions,”  — very worth the viewing if only as gorgeous travelogue, with awesome nature imagery. Big-sky country with amazing sunsets. Yet there is more — the touching tale of survival and a mother’s lot in life.

In a visit to the urban jungle where Angelenos struggle to survive, Beverly and Dereck Joubert, the courageous duo behind “The Last Lions,” explain why they selected Ma Di Tau as their subject:

“This lioness was unique. We never [before] saw lions go into the water. [When they did] we had to go into the water [too]. Our senses were heightened. We just stayed with her from the start.”

“It’s a human moment of total despair. These animals have emotions. We know that. We hold back from saying this as scientists. But we should not hold back any more,” says Dereck Joubert. 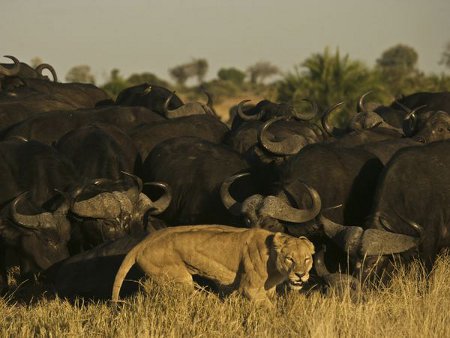 The astonishing couple, passionate conservationists, shot 100 hours of footage that got condensed to 88 minutes of spectacular film making that defines the National Geographic standard. Remarking on the daily drill of the animal kingdom — a relentless replay of kill or be killed — Joubert remarks with dry wit, “The film’s rough cut was nauseating. We filmed 30-40 jump-ons.”

If you watch The Last Lions trailer on YouTube, National Geographic will contribute $.10 to lion conservation for each viewing, up to one million views. Watch the trailer here.

2 thoughts on “The Lion Queen”